When the founders of the New York lighting studio Trueing visited Japan back in 2016, they stumbled upon an unexpected source of inspiration, spotting and falling for the sculptures of the glass artist Baku Takahashi. However, language barriers prevented Joshua Metersky and Aidan Bowman from uncovering Takahashi’s identity then and there. It was only back in the United States (and after a couple months of Instagram and internet research) that they managed to locate Takahashi. When they planned their next trip to Japan a couple of years later, they decided to get in touch.

‘We decided to reach out ahead of time, over a cold email, to see if Baku might be interested in discussing some kind of collaboration,’ Bowman recalls. ‘He responded positively and we made plans to visit him in Munakata, which is just a bit north of Fukuoka on Kyushu in southern Japan. Everything coalesced from there. We traded prototypes back and forth, discussed technical details and produced test pieces to make sure our concept would work.’

Following a year and a half of long-distance collaboration, ‘Howdy, Neighbor’ is a new collection of lighting and objects that showcases the talents of both parties. An exploration into the many capabilities of glass, yet composed with a sense of humour and intimacy that subverts the medium, the collection is a humanistic array of editioned pieces, ranging from chandeliers to pendants and vases, that exude a bright and playful optimism – ideal for these times.

Colour plays a strong role in the collection, with both sides being highly specific with their choices. Metersky says, ‘Colour really links our two practices, and our reference points – while culturally different – are rooted in the same stylistic notions. Baku often cites manga culture (specifically Dragon Ball) and nature as sources of early inspiration. And I would say ours come out of similar or concurrent cultural waves, shaped by our own experiences. It’s not uncommon that we’d reference something like the bright, acidic hues of the early iMac, or the palette of vintage glass from the 1930s. So while we don’t share a language, there is this common desire to utilise colour vis-a-vis glass to tell a story and delight the viewer.’

Takahashi’s tactile, exquisitely proportioned forms are fused onto Trueing’s signature designs to bring out a new character from within. Takahashi fabricated his sculptures in his Munakata workshop, before shipping them to Trueing Studio in Long Island City in Queens, where the pieces were completed. United in the goal to create what Takahashi describes as something that is ‘fresh’ and previously unseen, the joint effort is as much about duality as it celebrates commonality.

‘Even though we both practise in glass, Baku’s sculptures are rooted in the tradition of glass art, with clear evidence of the artist’s tools and craft latent in the works,’ says Metersky. ‘Trueing’s pieces originate from technical glasswork – adjacent, but different – and appear very perfect without giving up any indication of how they were made. However, the meeting point lies in the details. Glass is an incredibly technical medium and as Howdy, Neighbor came to life, it was clear that melding the works as a visual portmanteau would honour each of our backgrounds.’ 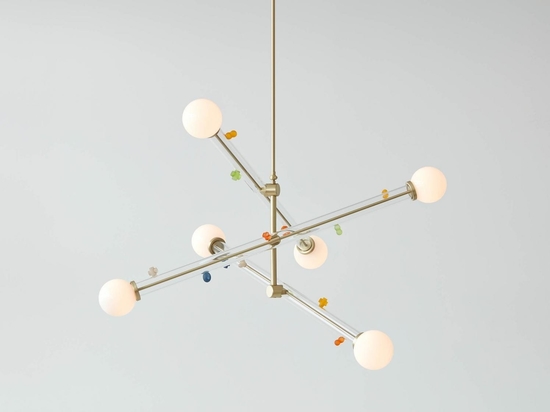 Howdy, Neighbor is a collaboration between New York’s Trueing Studio and Japanese glass artist Baku Takahashi. The ‘Little World’ chandelier, pictured, is ‘a reference to the impetus for Takahashi’s shapely sculptures – soft, otherworldly forms that populate the landscape of his imagination’, say Trueing’s team 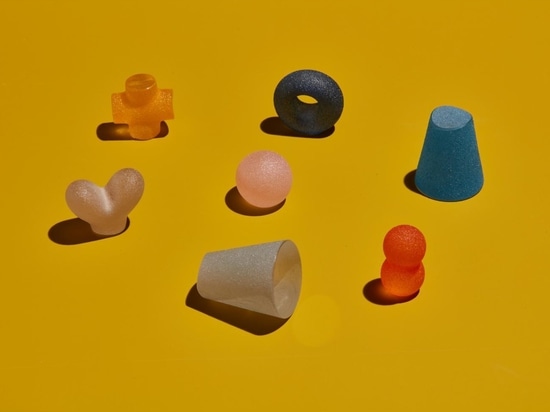 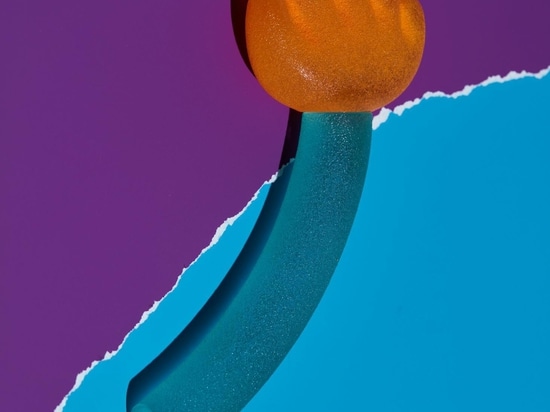 The glass details created by Takahashi for the ’Howdy’ floor lamp 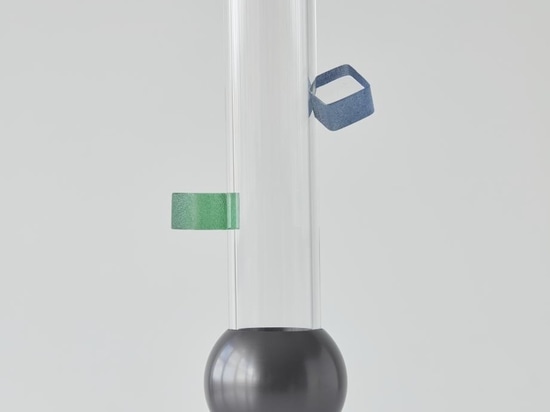 The collection also includes a series of sculptural vases, featuring glass and brass shapes. Each vase, the designers note, ‘is an expression of the precise, yet joyful aesthetic shared between Trueing and Takahashi – forms and colours melding to create succinct motifs on a theme’ 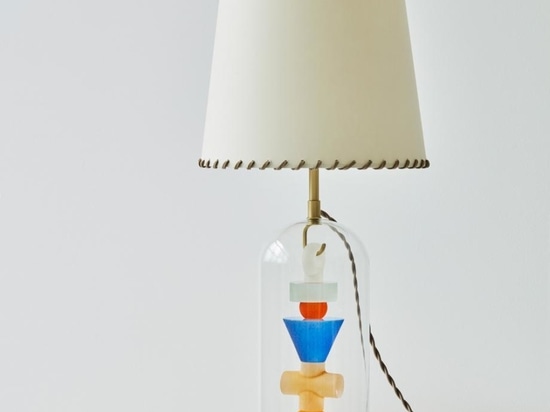 The playful ‘Totem’ table Lamp (available in an edition of two), features a composition of colourful forms typical of Takahashi’s work 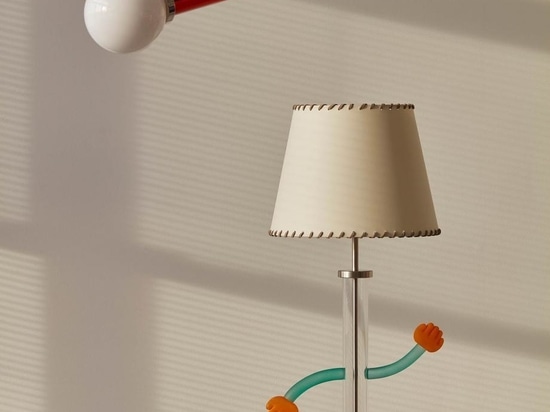