Bill Clinton to address American architects at the 2015 AIA convention

Former US president Bill Clinton has been named as the keynote speaker for the American Institute of Architects' annual conference in Atlanta this May.

News: former US president Bill Clinton has been named as the keynote speaker for the American Institute of Architects' annual conference in Atlanta this May.

The 42nd president is scheduled to speak on the first day of the 2015 AIA National Convention and Design Exposition, which is one of the biggest events in the American architecture industry and was last year attended by just under 20,000 architects.

The theme of this year's convention is Impact, which the AIA says will focus on "how architects impact their communities both locally and globally", although the theme of Clinton's address is not yet known.

The former president, who has focused on humanitarian work and public speaking since the end of his term in office, previously worked with the AIA to establish the Clinton Global Initiative, a drive to offer design solutions for cities facing health, sustainability or disaster issues.

He has also served as a United Nations envoy in Haiti and during the Indian Ocean tsunami recovery effort.

The AIA National Convention takes place in Atlanta from 14-16 May and promises to "provide attendees the skills to grow, sell and promote their firm's business". 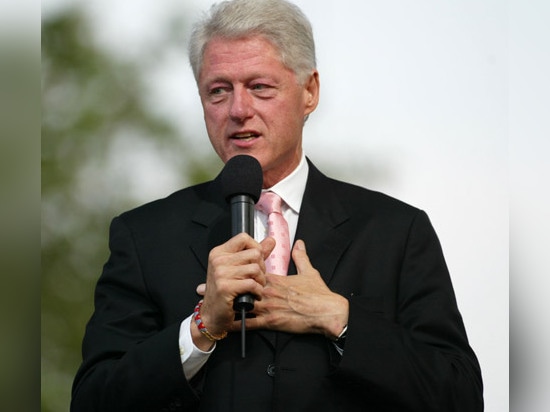