Daniel Schofield has created a portable lamp for Menu, featuring a utilitarian design inspired by old mining lamps in honour of his grandfather

Menu presents ‘Ray’, a new portable lamp by British designer Daniel Schofield, whose design references traditional mining lamps. Utilitarian in its inspiration and sophisticated in its execution, the ‘Ray’ portable lamp features a simplified silhouette defined by a cylindrical base surmounted by a wide circular shade, both made of powder-coated metal. A slim handle on top of the lamp makes it easy to transport and move around.

‘I think the portable lamp is an interesting area for lighting right now,’ says Schofield. ‘The way we live and work, and use our indoor and outdoor space has changed a lot in recent years so more flexible lighting is arising to accommodate this.’ The ‘Ray’ lamp is also waterproof, making it suitable for use outdoors as well as in the home.

The design process touched upon the designer’s personal life story. ‘I was thinking about portable lighting, and the essence of what a portable light needs to be, and quickly came to the mining light typology,’ he explains. ‘My grandad was a miner in the north of England, so the reference was there in my head I think.’ The lamp’s name, ‘Ray’, references his grandfather, Raymond.

An energy-saving LED bulb emits a soft glow and can be dimmed, with three settings, while the lamp’s battery is charged via a concealed USB socket, with a battery optimised for up to ten hours of light.

‘Taking the traditional mining light as a starting point, I tried to reduce it down to its essence and all it needed to be, whilst still having the charm of the original typology,’ explains Schofield of the design process, which was guided by functionality as much as by aesthetics. ‘It needed to feel domestic and inviting, but also feel like a tool, something useful and robust. Then I wanted the piece to be able to come apart as much as possible, so that if a certain element breaks or needs repairing, that is possible, so this mentality also informed the design’s physical outcome.’ 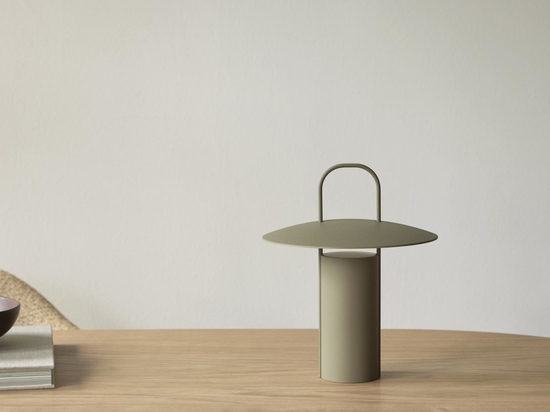 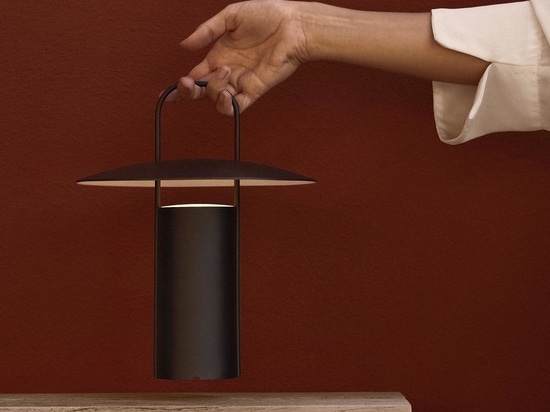 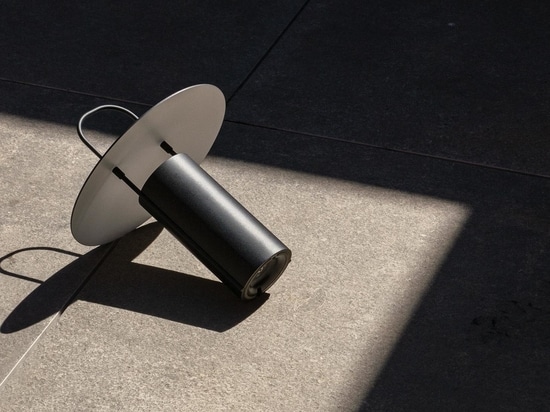 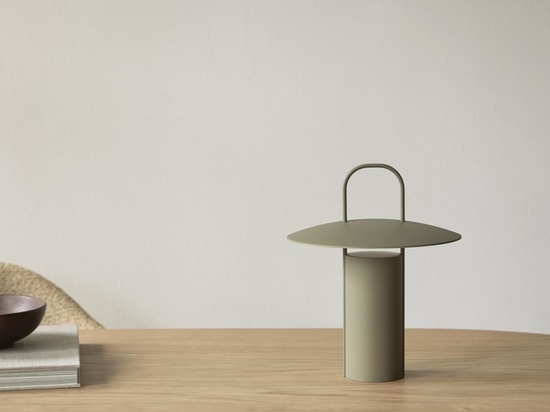