This Los Angeles exhibition celebrates the life of fallen trees

In January 2022, when a severe wind storm wound its way through Southern California, devastating 83mph winds blew over 300 trees in sculptor Vince Skelly’s hometown of Claremont. A small university town located just outside of Los Angeles, Claremont is locally known as The City of Trees – 91 of those fallen were found in the city’s parks alone.

In a bid to assist the city’s clean-up effort, and inspired to honour the legacy of the felled trees, Skelly began driving all over the town, earmarking timber that was suitable for use, which he gathered and brought to his studio.

‘After the Storm’ by Vince Skelly at Tiwa Select

The results of that effort are now being showcased in Skelly’s first solo exhibition with Tiwa Select in Los Angeles. Appropriately named ‘After the Storm’ (on view 2 – 12 July 2022), the show features an enticing array of pieces sculpted from six different wood types – deodar cedar, pine, redwood, live oak, eucalyptus and magnolia; varieties that were all new to Skelly. Ranging from the functional, like chairs, tables and benches, to the purely decorative, the collection provided Skelly with a unique opportunity to finesse his practice while still expressing the poignancy of the regrettable circumstances that the materials arose from in the first place.

‘I have a connection with all the trees that fell in the storm,’ he says. ‘As a kid, I climbed on them and used their shade to escape the summer heat. They provided oxygen and wildlife for our community. Lots of people in my hometown of Claremont share the same experiences. After the storm, it was an obvious choice to save the trees and create something special from them.’

‘It’s special to carve and repurpose a piece of wood that has a sad story behind it, especially if I can in turn create a story of salvation from it. You get the opportunity to honour the tree’s life and give it a new presence that’ll last for centuries. It’s a gift,’ he continues. ‘Throughout the carving process, I think about the life of the tree I’m working with: what the world was like when the tree was planted, what has happened during its lifespan. When I’m working, I’m constantly thinking of the past while giving the wood a new function for the future.’

Each of Skelly’s objects venerably honour the origins of the tree that lived before it. The woods’ natural patina is retained in a poetic articulation of the past, present and future. Primitive and stoic in form, yet paired with intentional aesthetic gestures, each piece almost serves as a prompt to consider the passage of time.

‘The first time Vince and I met, we immediately plunged into conversation about the spiritual meaning of wood and trees,’ says Tiwa Select’s Alex Tieghi-Walker. ‘We connected over our love of primitive and early craft forms in stone and wood. Vince is heavily inspired by Celtic traditions in carving, specifically megalithic and neolithic dolmen structures. I’m also very much drawn to Vince’s process in “saving” pieces of wood that might otherwise be discarded, which he uses in turn to create his works.’

He adds, ‘Vince’s practice summarises the type of craft I am excited about sharing – traditional manufacturing practices, a reference to creating objects that once upon a time didn’t have the same type of commercial value that craft objects have today, and his emphasis on repurpose and “slow design” as a manifesto that should be part of our everyday lives once again. I love the playfulness of Vince’s work. The same object can take different forms if it’s rotated, placed on its side, used as a table, a chair, or a footrest. The works are interactive and they are animated.’

Accompanied by a printed journal featuring photography by Justin Chung, who accompanied Skelly after the storm on his wood-salvaging mission, the exhibition is at heart a statement about the ravages of climate change. A percentage of sales will go back to the city of Claremont to support replanting. 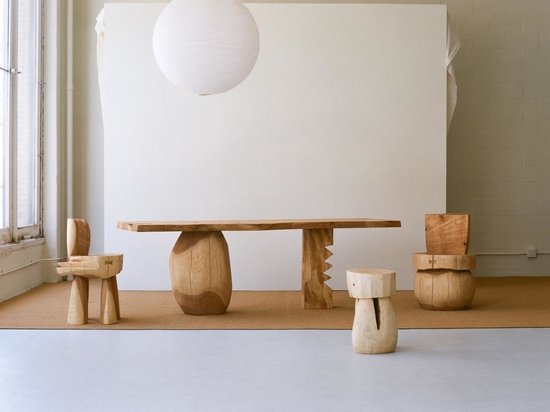 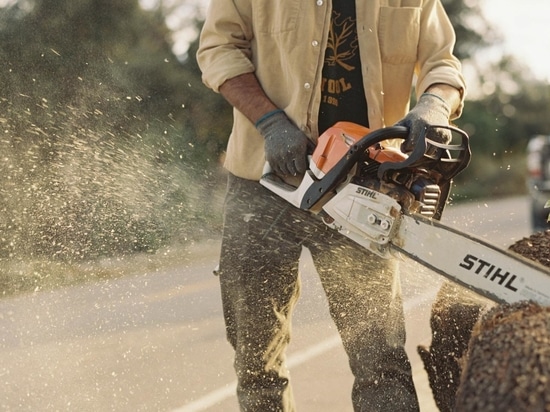 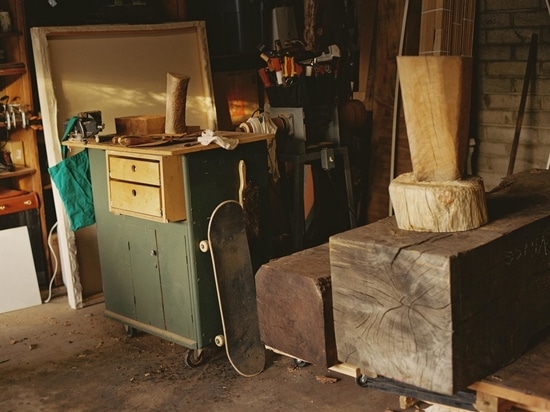 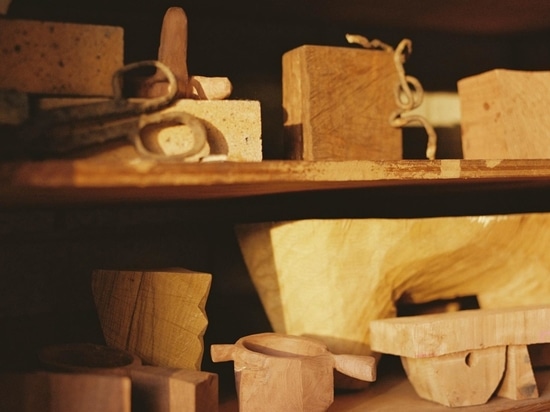 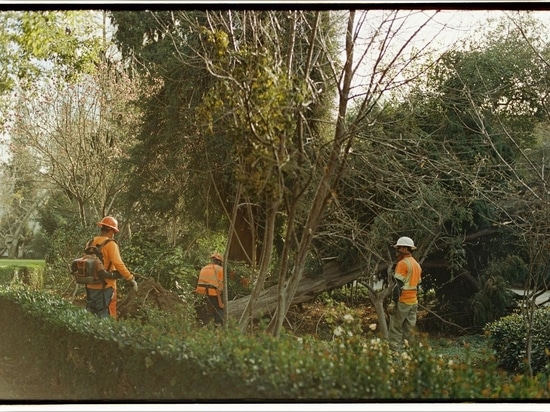