International Garden Festival and adaptation in our world

Grand-Metis, Quebec, Canada, is the host of the 23rd International Garden Festival at the Reford Gardens. This year they explore the important theme of adaptation in our changing world. A combination of landscape architecture, public art installations and sustainable design, the festival installed five new gardens all looking at the current reality of climate change and how humans are learning to adapt with nature.

The five new gardens of the International Garden Festival will be open at the Reford Gardens / Jardins de Metis until October 2, 2022. Designers from Canada, France and the United States have invited visitors to reflect on the daily challenge of adaptation.

The new gardens include “Forteresses” by Maison029: Eadeh Attarzadeh, an urban planner and designer, and Lorenzo Saroli Palumbo, an architect from Montreal. Wood fortresses circle a few trees to protect them from human assault in this installation.

“The romantic notion of believing that forests spared from all human contact and interference will thrive has unfortunately been disproven. As long as humanity persists on its present course, it has become unrealistic to expect our forests to defend themselves,” the designers explain.

“Lichen” by Marie-Pier Gauthier-Manes, an environmental designer from Montreal, Chloe Isaac ceramicist and Victor Roussel 3D artist from Paris is comprised of earthenware rings that change color like lichen does, to adapt to the conditions they are put in.

The designers say that lichen is a uniquely adaptive species that also prepares the ground for other species. Further reflecting this adaptability, the designers were inspired by terracotta pots found in ordinary gardens to create 1,200 handmade rings that are then fired in an outdoor kiln on the festival grounds.

“The drainage and water retention capabilities of this material allow for both a more constant irrigation of the soil and a longer retention of moisture,” the designers say. “This environment allows plants that are particularly sensitive to temperature variations and drought to grow peacefully. Its thermochromic treatment changes its appearance according to the temperature to reveal different colors throughout the summer season.”

In a garden called “Gravity Fields”, sunflowers are planted upside down from a ceiling of spheres and turn upwards towards the sky to grow as they aim toward the sun. This project was created by Terrain Work’s Theodore Hoerr, landscape architect Kelly Watters and New York landscape designer Rebecca Shen.

Plants are resilient and adaptive, but they are also vulnerable to climate change just like human beings. For “Gravity Fields”, the designers then wanted to highlight a hopepunk theme of resilience.

“While they play a key role in mitigating the effects of climate change that threaten our existence as a species, they too are also vulnerable and must adapt quickly to a rapidly changing climate. ‘Gravity Field’ demonstrates the robust adaptation of plants in even extremely strenuous conditions,” the designers say.

For “Les huit collines” by ONOMIAU’s Noel Picaper, an architect from Paris, a garden sits on eight planted hills, which rise to reveal what is crawling under our feet. To show the richness of the environment and how much hides behind the scenes in terms of relationships in nature, the designers of this installation created a garden that subtly soothes the summer heat through plants and shade.

“Conceived as evolving structures, those eight hills imagine biological spatialities. Through inanimate and organic materials, they create life effects. A hilly landscape then appears, capable of offering various experiences to humans as well as to non-humans (birds in particular). Serving as a seating area, a micro-garden, a contemplative space and an ecological reservoir, this project offers visitors a multitude of spatial sequences.”

Then, “Foret finie, espace infini?” by Antonin Boulanger-Cartier, Pierre-Olivier Demeule and Melaine Niget, who are architecture interns from Quebec City, questioned the use of the forest and the space it sits in. They also thought about possible cohabitation between resources of territory and human beings. By assembling unusual structures made of finely cut wood slats underneath a tarp, they invite visitors to question how the space and materials are being used and why.

The designers also explain the structure of the piece. “From a distance, ‘Foret finie, espace infini?,’ takes on the appearance of a pile of sawn wood that a carpenter might have placed there while waiting for his next project. This defined form covered with a plastic sheeting waits in the summer heat. Rooted in the middle of a path crossing the boreal forest, the installation however obstructs the passage. Without being able to go around it, is it possible to cross it, to face it seems inevitable.”

Les Jardins de Métis / Reford Gardens will be open daily until Sunday, October 2, 2022. Admission is also free for children 13 years and under. 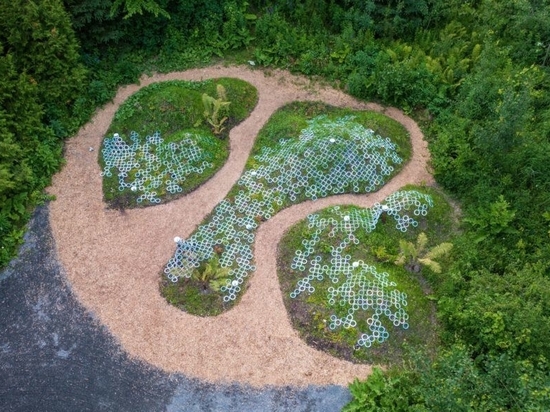 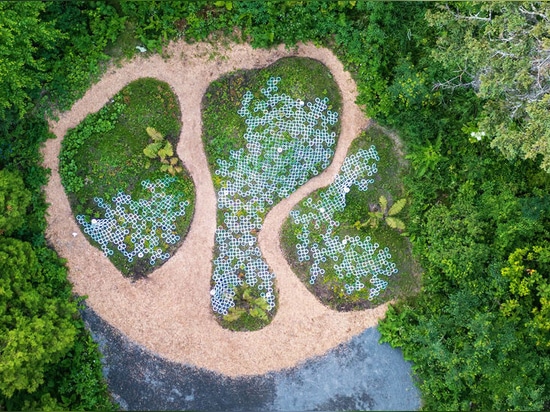 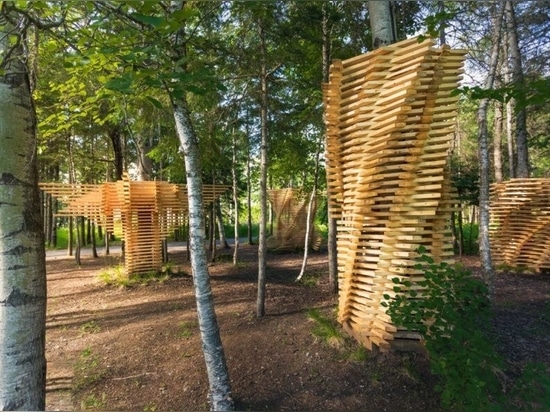 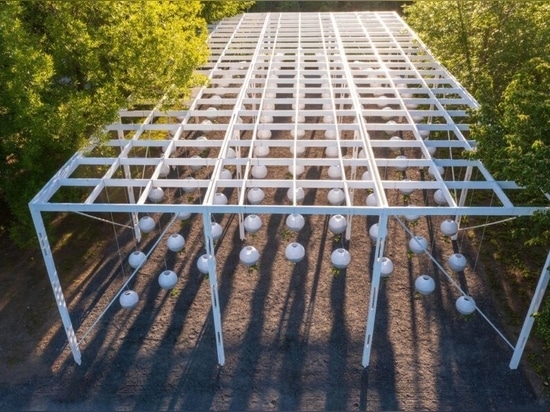 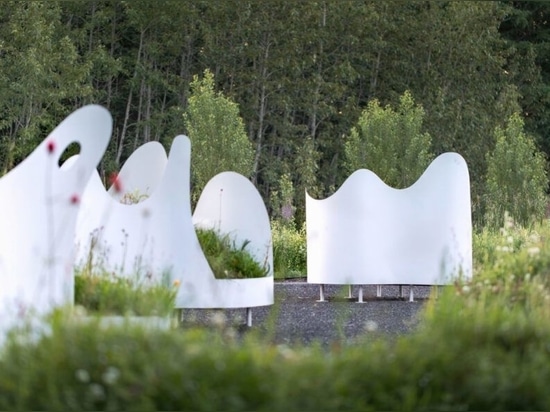 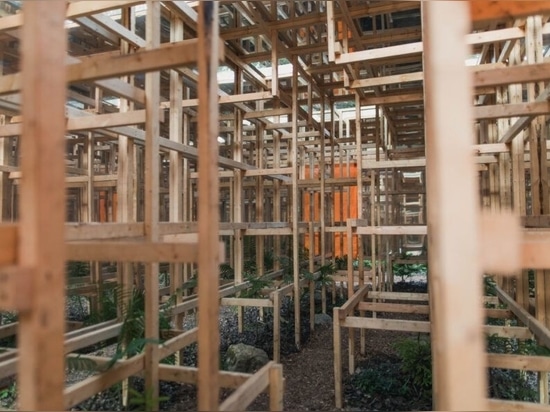