Realization of the lighting of the restaurant room

Thierry Marx, famous for his molecular gastronomy, opened a brewery in a pavilion at the entrance to Edouard Herriot Hospital.

In coordination with the architect in charge of the recent restoration and the development of the building, {{Raphaël Armand}} draws and realizes in the workshops of the Lyonnaise company, a series of ceiling-mounted luminaires, of the type Crossed 5080 .

Designed in keeping with the spirit of the architect Tony GARNIER, the Art Deco style ceiling lights blend perfectly with the building's exterior and interior design.

The opening of the La Villa brewery is part of a project to renovate the restaurants and shops located in the various Hospices Civils de Lyon hospitals. The project was signed with Lagardère Travel Retail France in the spring of 2016, which offered chef Marx, jury of Top Chef and head of the two-star restaurant "Le Sur Mesure" in Paris, to join this ambitious project.

Pavilion 17 of the Edouard Herriot Hospital, which houses the brewery, had historically been the home of the director of the hospital when it opened in 1933. Then, the building welcomed the premises of the Direction of the establishment, which then left room. at administrative offices.

To achieve this hospital complex, Tony Garnier is inspired by the provision of the Copenhagen Hospital and health facilities of the "Industrial City". It adopts the suburban system, integrates nature and creates a network of undergrounds for the transport of patients. The field is organized on three levels where are classified hierarchical general services, pavilions and the service of contagious. The pavilions are simple in shape, concrete, have two floors and roof terraces. Many windows highlight the importance of brightness at Tony Garnier. Only some elements of ornamentation enliven the architecture such as projecting cornices, brick bands and corner edges cut at an angle. It is inscribed on the list of Historical Monuments, December 13, 1967 and January 31, 1989.

Design and realization of the devices of lighting of the building.

Building to saint Etienne built in 1930 by the architects Subit and Gouyon, Facades and terraces, outside fences(closes), central space with the hall, the staircases as well as the windows are registered on the additional inventory of historic monuments. 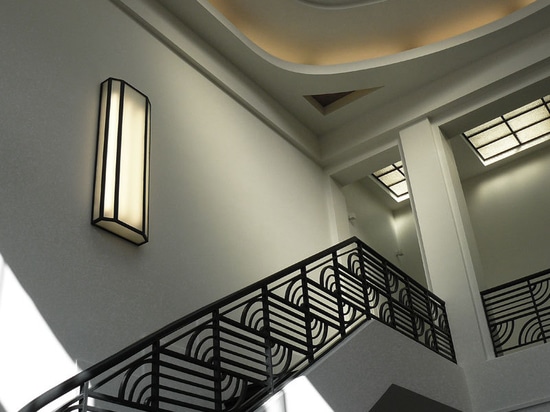 Tsuba Hotel is a sophisticated Parisian establishment situated in the 17th district, at 7 minutes on foot of the Arc de Triomphe and the Champs-Elysées. Facade of 1926, lamps "Raphaël Armand" models Corvus 560 V1 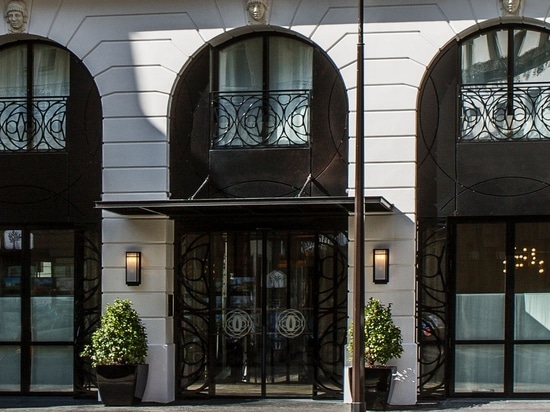 A work of restitution according to documents of photographic archives: Light fixtures, furniture, door handles, radiator covers, historic electrical network ... All the pieces made strictly respecting the style and manufacturing methods used in 1928.

Further to an important construction site of renovation, the room Jacques-Durand, drawn by the architect Gustave Alfred Edmond Vandenbergue, to saint Omer, finds a new life as well as of new lightings realized by the company Raphaël Armand Luminaires. Lamps Art deco - suspension inspired by the style of the 30s 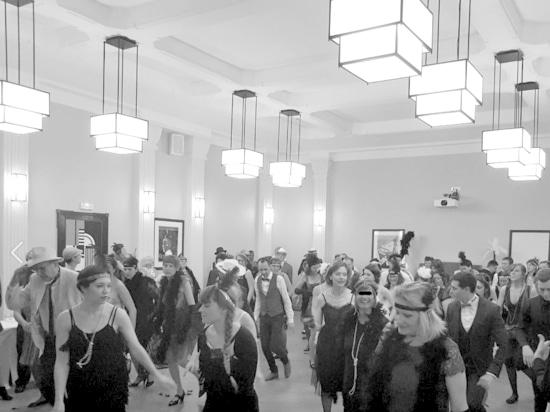