Hamburg is not usually thought of as a solar mecca, but the Hanseatic city recorded an impressive 720 hours of sunshine during the record summer of 2018. Nevertheless, it rained for a whole 133 days, including at the site of the redevelopment project in Greifswalder Strasse. For the new ETICS facade, the designers opted not only for clinker brick slips, with their proven weather-resistance, but also for a striking, vibrant look. They decided on the expressive "Kontur CG Sandbrand" from the German clinker and ceramics specialist Ströher. Its expressiveness lies above all in its innovative production, in which traditional clinker manufacturing techniques and state-of-the-art surface technology are combined to create the so-called "Fusion Finish".

The result fits perfectly into the lively and oldest area of Hamburg, St. Georg. Situated parallel to the popular shopping street "Lange Reihe", the 1,600 m2 facade of the residential complex clad in clinker brick slips blends in authentically with the neighbourhood's brick architecture: the Romanesque St Mary's Cathedral is just around the corner. Another stone's throw away is the birthplace of actor Hans Albers, known as "blond Hans", who apparently only came from St. Pauli according to legend.

Although sensitively adapted to suit its historic context, the beautifully profiled and bright clinker facade of the building still brings a breath of fresh air to the centre of Hamburg. The project in Greifswalder Strasse is also architecturally impressive, with fine structural contouring and elegant details. Simply beautiful - come rain or shine. 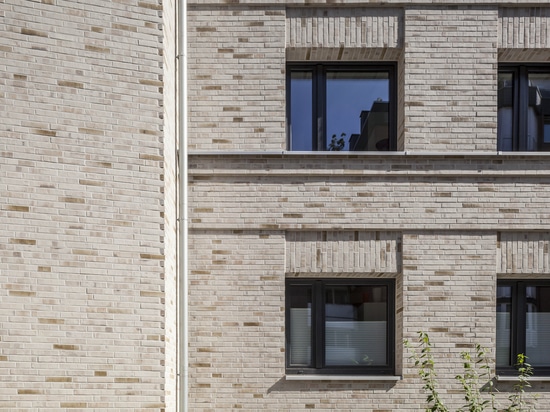 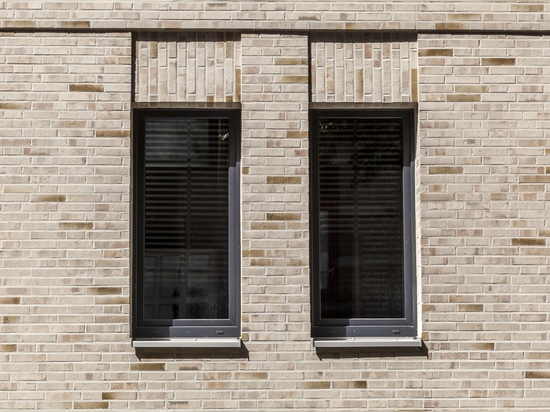 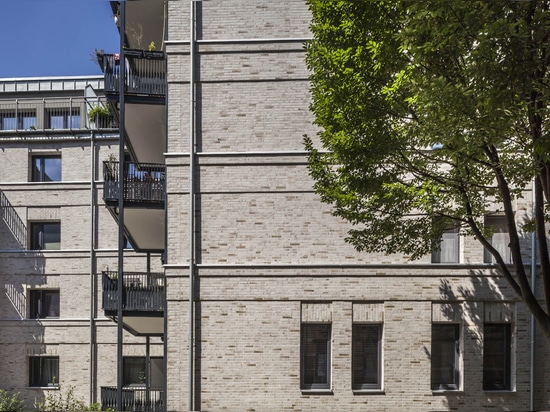 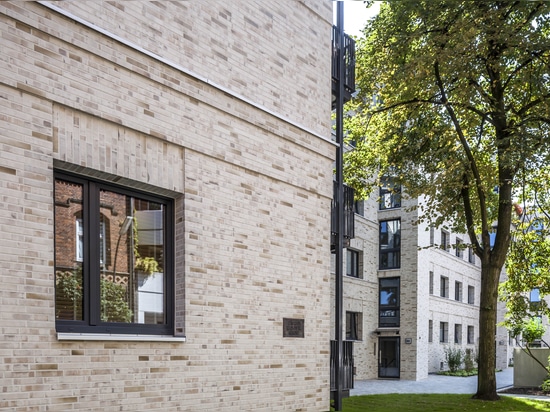 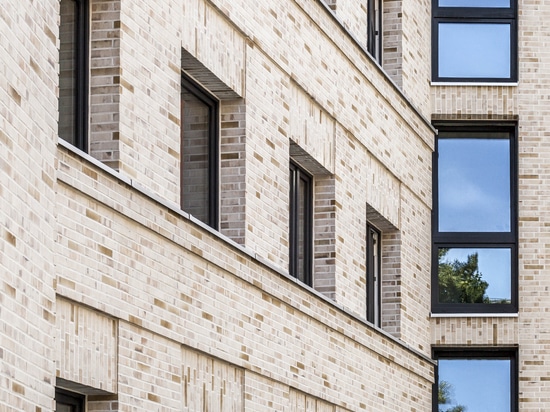 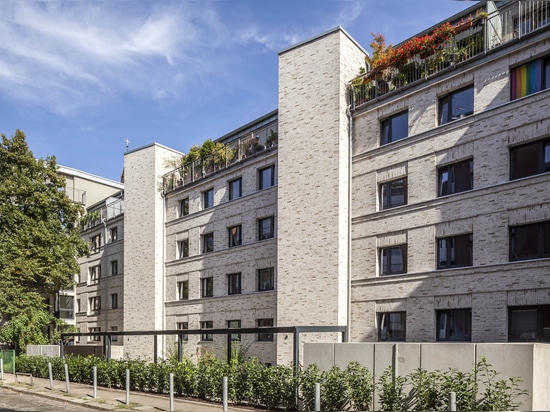 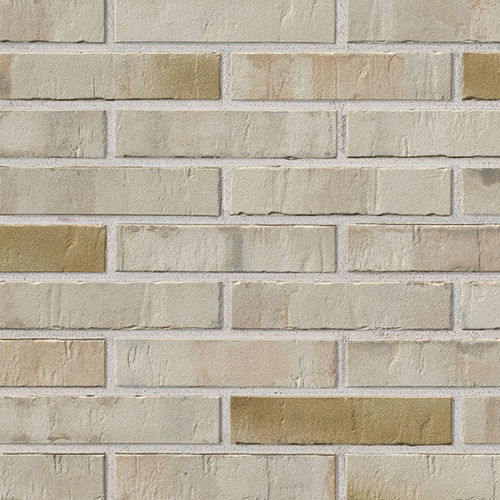 As in other metropolitan cities, the demand for living space in Stuttgart is huge. Nevertheless, open, unsealed surfaces in the metropolitan area can no longer be built on: The proportion of green spaces is to be protected and the climate in the famous "Kessel” is to remain liveable. Infill development is the magic term policy relies on and for which it presents good eco... 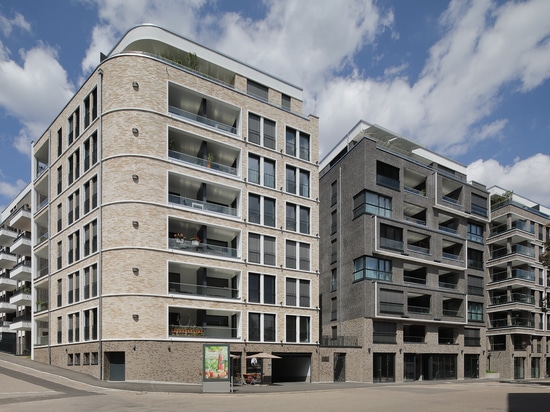 No way is grey boring: since late summer 2018, Ströher's architecture brand clinker brick slips manufactured specially for this project have enhanced the 1,600 square metre facade of the luxury residential complex at Jarrestrasse 58 in Hamburg. With a bit of imagination, the vibrant iridescent texture of our architecture brand in silk grey to smoky dark grey is reminisce... 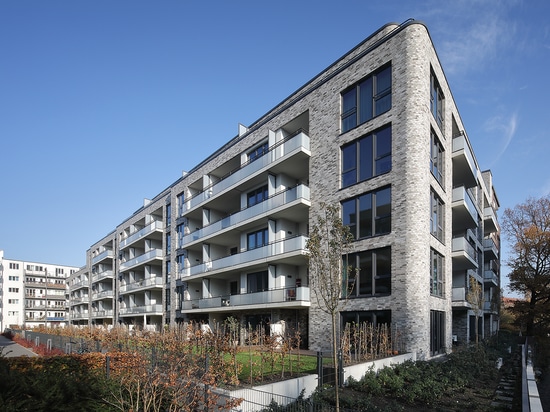 In many cases, densely concentrated inner city living means uniform, less appealing, monotonous architecture. For the people who live there, this often means having to forego residential requirements. The opposite is true of the residential and commercial building on the busy Hoheluftchaussee in Hamburg, which was completed at the beginning of 2020. Increased sound insul... 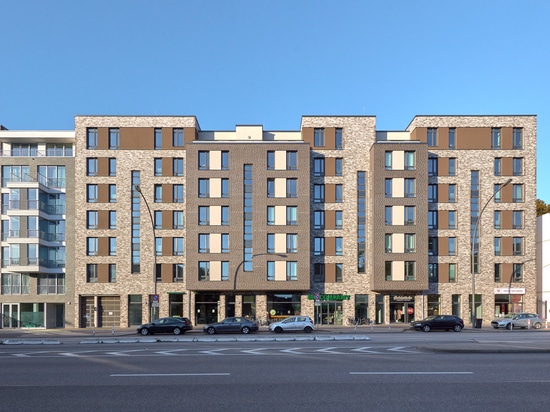 In an exquisite location on the banks of the Rhine, where it commands an impressive view, the "Rheintower" residential tower in the Mühlheim district of Cologne sets new standards for outstanding urban housing: 21 floors, a height of 76 metres, 102 rental apartments with a total area of approx. 7260 square metres – these are the key figures for a high-rise building that ... 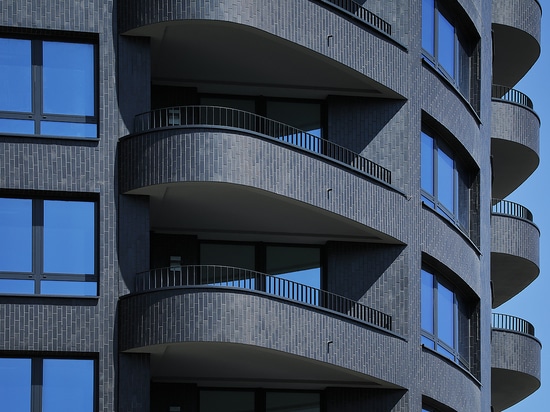 Rheintower Opal, Köln Rheintower Opal, Köln
*Prices are pre-tax. They exclude delivery charges and customs duties and do not include additional charges for installation or activation options. Prices are indicative only and may vary by country, with changes to the cost of raw materials and exchange rates.
Compare
Remove all
Compare up to 10 products