Since 2017, Roofit.solar has been offering Europe a solution similar to Tesla solar roofs. The company earned the Solution for the Future 2020 award for its seamless 2-in-1 solar roof that can be found on more than 100 roofs around Europe while its modular steel roof tiles and click-roof panels are still under development but coming soon.

In 2017, the first Roofit.solar roofs were installed in Estonia by Tallinn-based company Roofit.solar Energy OÜ. The company’s 2-in-1 product—a metal roof with integrated solar panels—looks like traditional steel roofs and is as powerful as conventional solar panels.

Founder and CEO of Roofit.solar, Andri Jagomägi aimed to produce more affordable solar roofs than what could be found on the market, such as the solar roof by Tesla. Today, there are more than 100 Roofit.solar roofs in Estonia, Germany, Austria, Denmark, Poland, Sweden, Norway, Latvia and Kenya.

ArchiExpo e-Magazine: How are your solar panels produced? Is this different from how other companies produce their solar panels?

Andri Jagomägi: Roofit.solar modules represent building integrated photovoltaic (BIPV) construction elements that replace the conventional roofing materials, while electricity is produced in a photovoltaic layer integrated into the metal sheet. While on-roof traditional solar panels are bulky and unsightly, Roofit.solar modules go much further. Each individual Roofit.solar panel is constructed of a layer of silicon cells, glass, and a metal profile. For maximum effect, the panels are grouped together into “arrays” (series connection). During production we use black materials to mask shiny parts of the solar panel, which creates a nice, homogeneous black color that flawlessly blends into the metal, making the solar parts of the roof almost invisible.

Another feature that distinguishes our products from regular solar panels is high mechanical load resistance because of the metal back sheet. The metal back sheet is stronger than the plastic one usually used in standard solar modules. In addition, metal lasts longer and protects the photovoltaic layer from damage. Our metal sheets have Polyurethane coating (Pural) that has superior resistance to corrosion, abrasion, and chemical exposure. We also use monocrystalline cells that are more efficient than thin-film solar cells, used by other similar BIPV metal roof producers.

The difference between our modules and conventional solar panels is that we offer a 2-in-1 product that consists of the solar panel and the roofing material at the same time. In addition, our novel solution makes it possible to harvest solar energy from the roofs and facades, where normal solar panels are not architecturally suitable (i.e. historical buildings).

ArchiExpo e-Magazine: Nothing is all black or white, as we know, so what are the current challenges faced by solar energy?

Andri Jagomägi: Though the cost of solar panels has decreased over the years, it’s still an expensive investment and not accessible to everyone. This is one of the key challenges globally. Another challenge is that in order to keep up with the booming solar market, modern technical requirements must be met, meaning that companies have to constantly update their production line in order to have efficient and competitive products. This is connected to huge expenses. In general, one of the main problems with solar power is the fact that energy production only takes place when the sun is shining. Large storage systems need to be developed to provide a constant and reliable source of electricity when the sun isn’t shining at night or when the weather is bad.

ArchiExpo e-Magazine: Most, if not all, solar panels need direct sunlight or they aren’t able to obtain the energy. How do your solar roofs work? Are they only fitting for homes in certain climates?

Andri Jagomägi: Solar panels react to the visible light spectrum. This means, if it’s light enough to see, there’s enough light for solar panels to start generating electricity. But the stronger the sunlight, the better. Our solar roof works the same way as the conventional PV modules. The solar cells, which are also referred to as photovoltaic cells, absorb sunlight during daylight hours and transforms sunlight into electricity. Such generated electricity is called direct current (DC), which is not the type of electricity that we use in homes. As houses and buildings use alternating current (AC) electricity, DC electricity can easily be changed into AC electricity by an inverter. Our products have successfully passed various tests to demonstrate the product’s safety and compliance with the set of regulations in the Photovoltaic industry. This means our product can be installed in nearly all kinds of climates. However, there are some exceptions. E.g. The operating temperature range of the product is between –40°C and 85°C.

ArchiExpo e-Magazine: What is the lifespan of your solar roofs and what happens to them once they’re no longer viable? Are they able to be recycled and reworked?

Andri Jagomägi: The lifespan of our solar roofs is 25 years but they can last even longer. Recycling and sustainability are extremely important for us. We aim to have the lowest CO2 production footprint and thus consider every option to lower our CO2 at each step of the production while not compromising product quality. Waste material used in our factory is meticulously separated and sent for recycling including metal, glass, and solar cells. Additional materials involved in the production and general logistics such as plastic or packaging materials are re-used or recycled. After the panels have reached their lifetime, they will be sent to specialized PV recycling facilities or local e-waste sorting centers. All components used in the Roofit.solar product are recyclable except the encapsulant. The methods and facilities able to recycle PV panels are increasing in number each year.

ArchiExpo e-Magazine: What are the differences between your solar roof and that of Tesla?

Andri Jagomägi: The main difference between our product and Tesla’s solar roof is that we offer standing seam solar metal roofs while Tesla’s has solar tiles. Our type of roof design—standing seam roofing—has been a well-known solution for hundreds of years. Roofit.solar products can be integrated with existing roofing materials which makes it easy to find the installation team for our product while Tesla has to train their installers. This affects the cost of installation for the customer. Moreover, Tesla modules are smaller compared to ours so they need more overlaps and electric connections. This can take more installation time and contains more potential risks, as the rain usually gets swept around in the wind, making it more likely to penetrate into gaps unlike our products, which are larger in size, thus need fewer connections and gaps. Also, Tesla’s product is considerably more expensive compared to our solar roofs even before Tesla recently surprised their customer with a sharp price increase. Unlike Tesla tiles, our modules can be used not only on roofs but on facades as well.

ArchiExpo e-Magazine: On your website, you mention the reasons why solar is better than fossil fuels, except solar doesn’t work in all situations. Would it be safe to say that reducing use of fossil fuels is a good idea but that fossil fuels still have their place?

Andri Jagomägi: Unlike fossil fuels, wind and solar can only generate electricity when the wind is blowing or the sun is shining. This is an engineering challenge since the power grid operates in real-time: Power is generated and consumed simultaneously, with production fluctuating to keep the system in balance. Therefore, we can say that fossil fuels fill the gaps in renewables today. Biofuels are a possibility since the carbon released when the biofuel is burned is the same carbon taken up as the plant grew.

ArchiExpo e-Magazine: Have you developed the modular steel roof tiles and or the click-roof panels mentioned on your website? You’d originally planned on having the clickable roof panels ready for the market this year (2021).

Andri Jagomägi: Roofit.solar product development has been supported by Norway Grants Green ICT program. The implementation period of the project is 15.07.2020-30.09.2022, thus, modular steel roof tiles and click-roof panels are still under development. 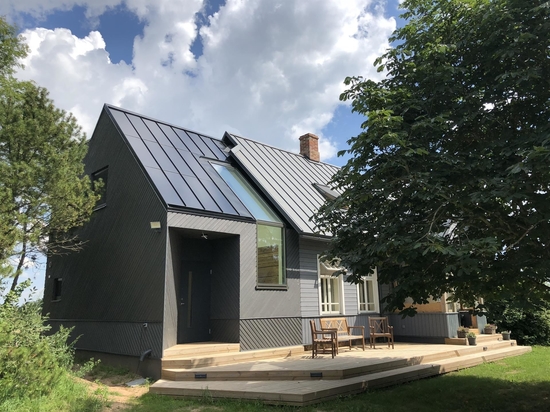 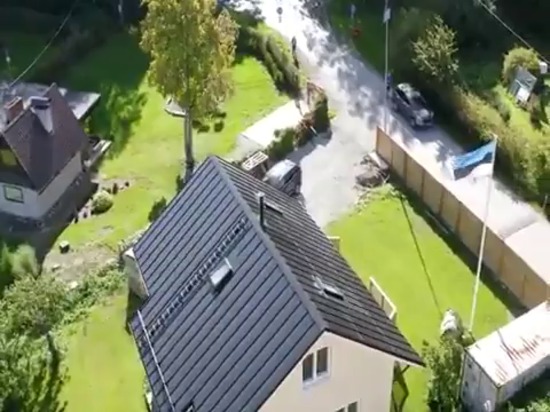 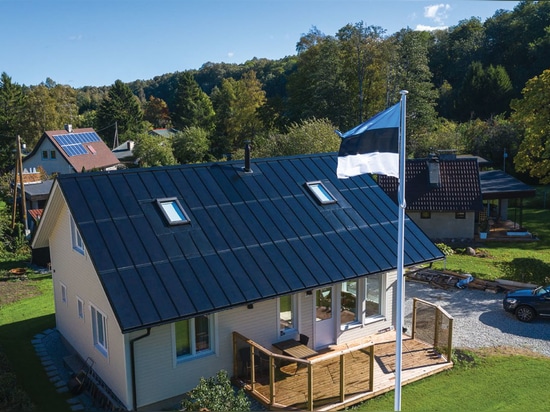 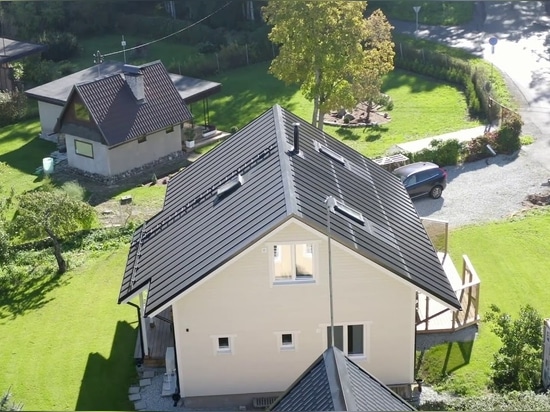