During a talk show launched by Salon del Mobile, we learn about the upcoming new Salone del Mobile.Milano digital platform and how it is meant to be a tool to bring together the different segments of the design industry.

June 30, 2021—Television host, face of MTV and radio broadcaster, Victoria Cabello moderated today’s talk show which featured Claudio Feltrin, President of FederlegnoArredo, Maria Porro, President of Assarredo, and Marco Sabetta, General Manager of the Salone del Mobile.Milano. They discussed in detail the new, hybrid tool in which the physical and the digital coexist, boosting each other and increasing the opportunities.

Riccardo Luna, a journalist with a passion for innovation and a technology expert, who, in conversation with Annalisa Rosso, editorial director of the platform, explained why financial sectors are no longer able to function without digital and described the potential and added value of this new Salone project.

The architect Stefano Boeri revealed more about the special “supersalone” Salone del Mobile.Milano event, which he is curating, set for September 5-10 at the Rho Fairgrounds.

As the principal language for the discussion was Italian, our Italian content manager Elena Nappi explained the important highlights to our team.

WATCH the webinar here https://live.salonemilano.it/webinar/salone-del-mobilemilano-air (in Italian only).

The panel spoke about the “lost year” and the economic value of the trade fair Salone del Mobile for the international market. Canceling the 2020 event led to a hard hit to Italy’s economy, not to mention that of the participating countries. The panelists agreed the fair needed to restart.

In order to ensure the possibility of the fair taking place with no cancellation, the organizers scheduled it for early September when it usually occurs in April. This we’ve known for some time, so what’s new?

Here are the main takeaways:

. Stefano Boeri is curating the supersalone this year so we can expect it to be very lush green. Architecture has been heading down the “green” path for some time and Boeri is a leader in the movement. This offers a prime visibility platform for manufacturers with products in the sectors of landscaping, public spaces, smart eco-friendly buildings, gardens and terraces; not to mention, it will be the healthiest fair we’ve ever been to in terms of being surrounded by nature.

. All the display materials and components have been designed to be dismantled and reused. A green area will welcome visitors at the East Gate of the fairgrounds; thanks to the Forestami project the trees will subsequently be relocated to Milan’s metropolitan area.

. Euroluce and Eurocucina will both be presented this year, for the first time. It has always been one year Euroluce, the next Eurocucina, until now.

. We can still expect the entire city of Milan to participate in the event as it has done in previous years with fuorisalone.

. For the Milan Design Week 2021 Superdesign Show presents r/evolution: a special edition to mark the rebirth, physically and digitally.

. There will be a new section called The Makers’ Show in which products made by solo designers and startups and experimental projects will be exhibited.

. The fair will be open to the public all week and visitors will be able to buy discounted products by scanning QR codes located next to products. That said, Boeri is taking advantage of the rise in the purchase of home furnishings and is making the switch from B2B to B2C. The idea is to visit the products at the fair, then purchase them online through an e-commerce system. He is also considering the idea of reusing everything: The panels could also be sold to visitors of the fair interested in buying.

. The traditional booths are out, and we’ll see products mounted on a series of parallel walls with a double face designed by architect Andrea Caputo; it will be flexible for maximum use by exhibitors. No more stands. 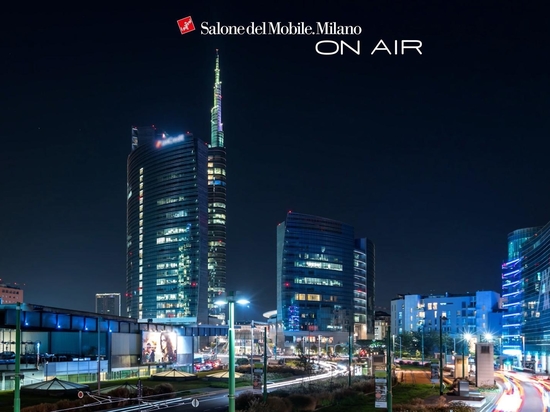