At the Salone del Mobile 2019 Lema home has enlarged its range with new, intense creative stories confirming the dynamic hallmark of an increasingly international environment.

New stories, in tune with the discreet project approach of “made in Lema” design, amaze us with their delicate style and evocative details, which are able to encapsulate a concept of luxury, whispered and never flaunted, a characteristic of the brand, known for its rigorous style and balanced aesthetic sense.

These new creative tales use a soft alchemy of forms and materials for homes with a unique carefree expression of their own, which invite you to share and relax. A summary of the two Lema souls; the industrial and the bespoke, both concentrating on the detail and quality that emphasises the value of its roots in manufacturing.

Fluid in their rhythms, the new proposals interpret Lema’s vocabulary of style, thanks to the contribution of various diverse designers in terms of style and method of design, at times minimalist, at other times decorative, once more emphasising the company’s ability, unique in the world of furniture, to unite different approaches of assembling an articulated but ever consistent collection. Consolidated relationships live alongside new collaborations: Piero Lissoni, art director since 1994, David Lopez Quincoces, Chiara Andreatti, Gordon Guillaumier, Francesco Rota, together with Leonardo Dainelli and Andrea Mancuso, who are designing for Lema for the first time.

The 2019 novelties enlarge the Lema Casa collection consisting of padded furniture, seats, tables, complements as well as systems for the living area and bedrooms, which have always been Lema’s core business. Starting from modular systems, the company has been able to evolve over nearly 50 years, constructing a complete proposal, a contemporary lifestyle where design enters on tiptoe, promoting a lifestyle that is far away from clamour and pretentiousness.

Notable among the new projects are the new LT40 living area system by David Lopez Quinconces and the OMBRA chair and dining chair by Pietro Lissoni, a refined expression of the balance of the designer and Lema’s industrial nature. Other novelties are the ELLA consolle, which in David Lopez Quincoces’ purity of style tells of Lema’s attention to detail; Leonardo Dainelli’s ALMA armchair, proposal with a more traditional stamp, a refined story of the brand’s sartorial soul. Gordon Guillaumier and Francesco Rota design new intense interpretations thanks to a thorough knowledge of the brand: Guillaumier with the BABI chair and dining chair and the new elements of the JERMYN sofa; Francesco Rota with the WARP bed and the development of the NEIL, SNAP, WARP, YARD sofas, a segment where the company is achieving great success also thanks to the designer proposals that he has been signing for Lema five different upholstered collections since the launch of the Soft Collection in 2013. 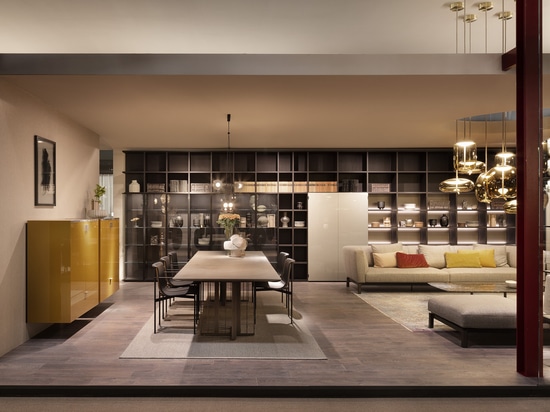 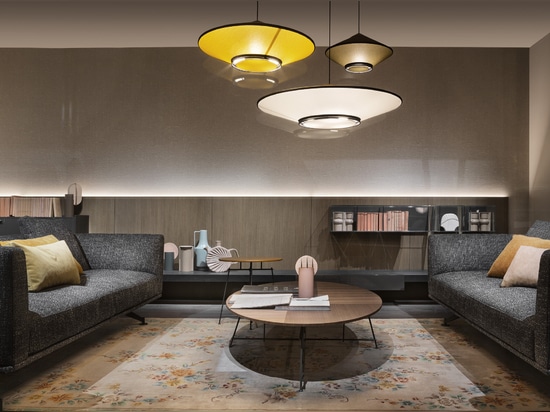 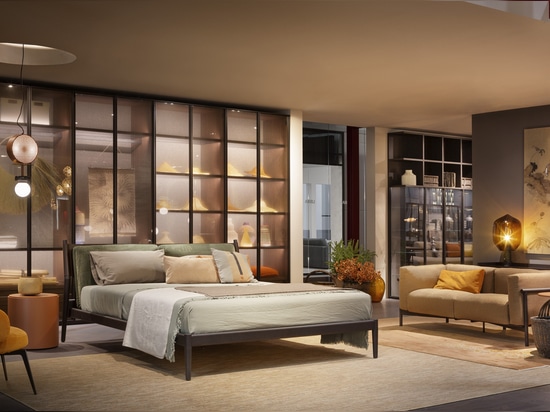 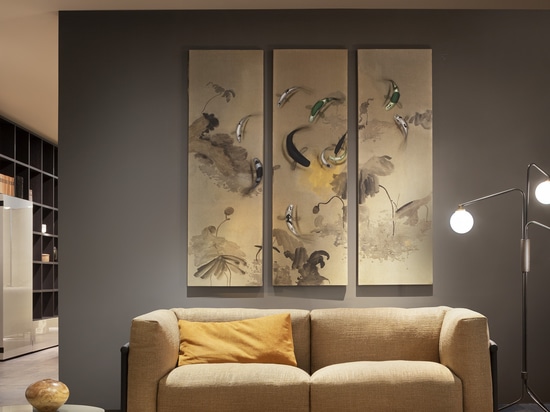 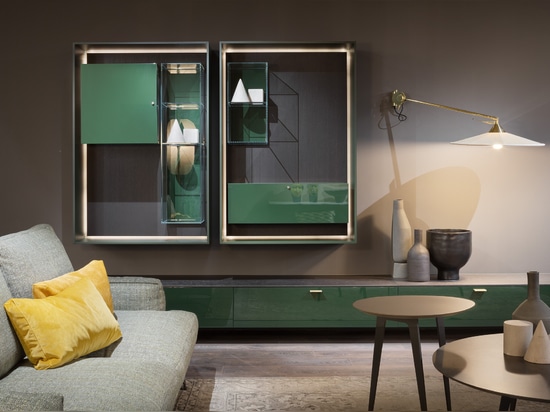 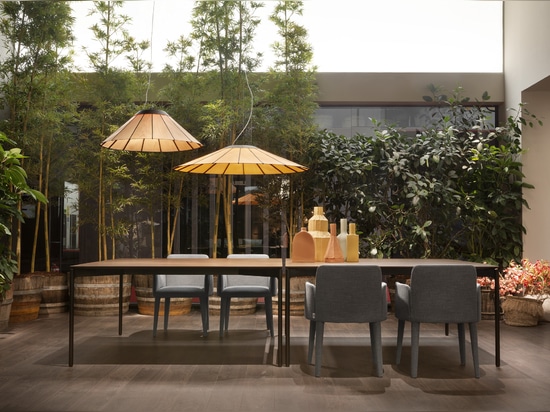 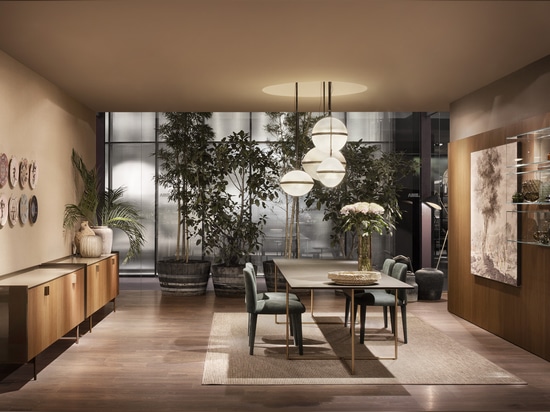 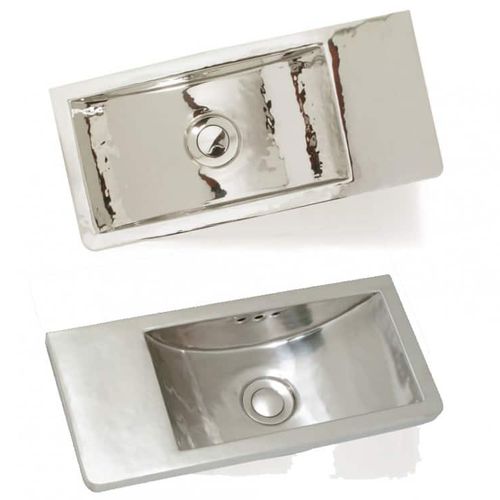 Lincoln Square, the new luxury residential development of Lodha Developers UK enriches the constantly expanding portfolio of the Contract division of Lema UK, today amongst the first Italian operators in London for volumes in residential and hospitality supplies. It is increasingly a point of reference for “Made in Italy” also in the retail sector through the brand’s K... 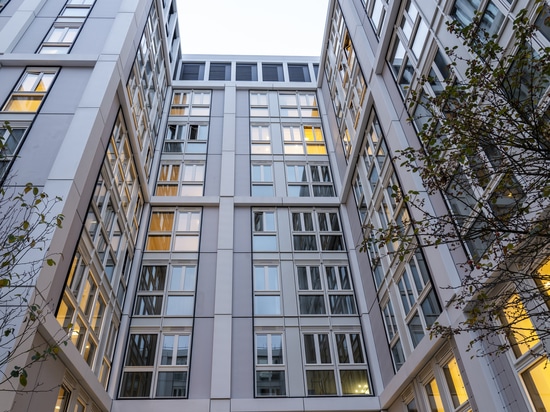 With The Makers, a new luxurious residential development hidden by City Road between the vibrant and dynamic area of Shoreditch and the financial district of the City of London, Lema is once again a point of reference in the British capital in the sector of large contract supplies. Thanks to its direct presence, the company has in fact developed exclusive partnerships in... 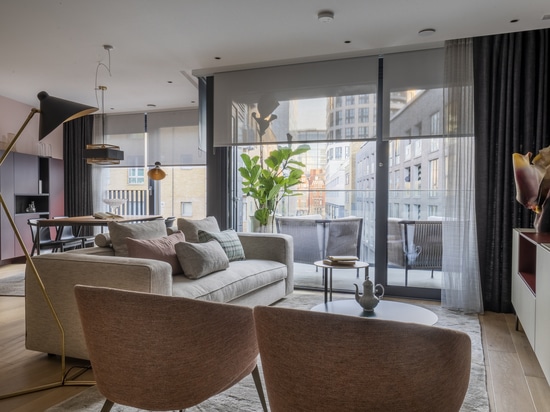 From Lema’s profound technical, functional and aesthetic know-how, first company in Italy to have introduced in the 70s modular day systems which were bespoke yet produced industrially, the new modular system LT40 by David Lopez Quincoces is created. A harmonious mosaic of forms and dimensions, materials and finishes defined with an absolute versatility in terms of compo... 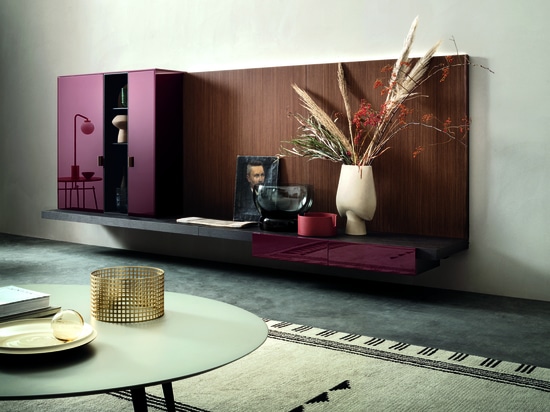 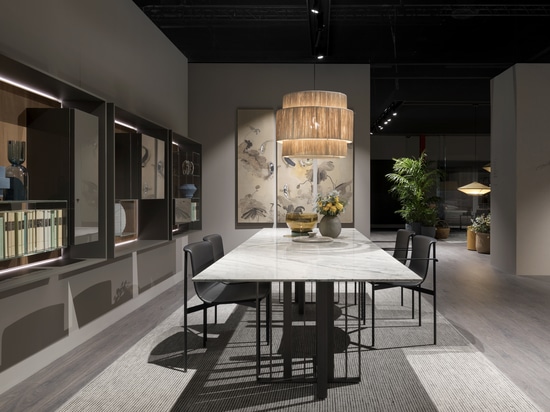