School lighting in a different way!

The renovation of the Nelson Mandela School in Rheine began in 2016. During the two-year renovation phase, in addition to extra classrooms, a new entrance area and foyer, a canteen and a media library were integrated into the school building that was constructed in the mid-1960s.

The architectural concept of the new areas is designed to promote communication between the children. The same applies to the new heart of the school - the light-flooded Forum, which extends over two floors. It is intended as a meeting place and recreation area. It also connects the various school buildings and houses the new canteen, the media library and a music room that can be fully opened to the foyer for larger concerts.

A comfortable lounge area has also been set up in the foyer of the all-day school. Here the pupils can sit together and spend the break together. The lighting concept in the foyer is supported by suspended LED profiles from Lightnet's Matric series. The profiles reflect the architectural conditions and run seamlessly and homogeneously through the entrance hall.

In the school canteen, besides function, emphasis was also placed on aesthetic design through forms. The luminaires of the Basic and Ringo Star series in different sizes and suspended at different heights support this concept.

The media library of the Nelson Mandela School is not a school library in the classical sense. In addition to lending books, students have the opportunity to use media such as the Internet, DVDs and other digital data media. The workstations in the media library are illuminated homogeneously and glare-free by the LED profiles of the Matric series from Lightnet. The lighting control can be regulated via a user-friendly touch panel. 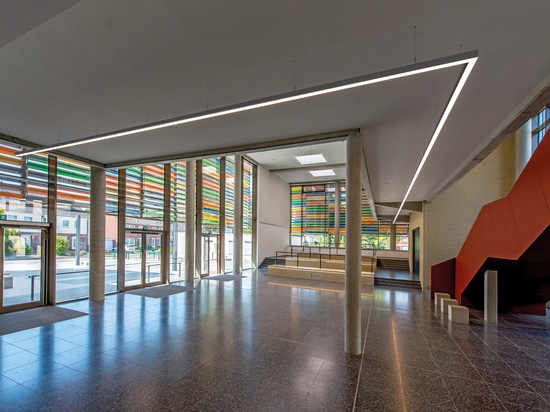 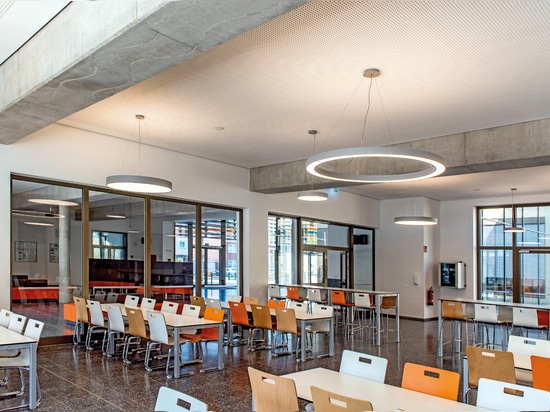 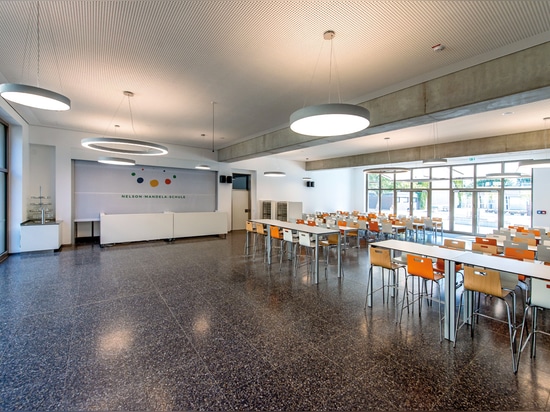 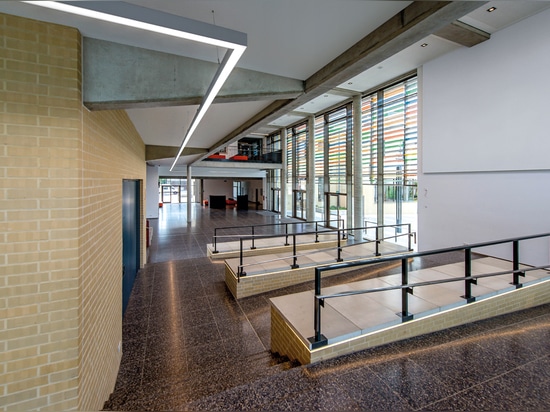 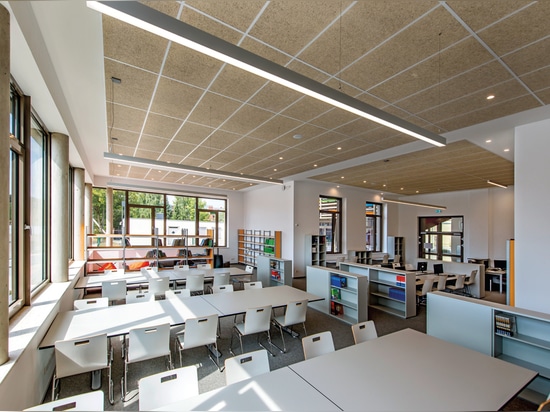 Gold, warm brown and soft grey tones dominate the new office area of the internationally active Clinical Research company PSI CRO in Planegg. In addition to an open and bright office concept and lots of space for employees, the new German headquarters also offers a complex lighting concept. Germany is an important market for clinical studies and the Munich region is a... 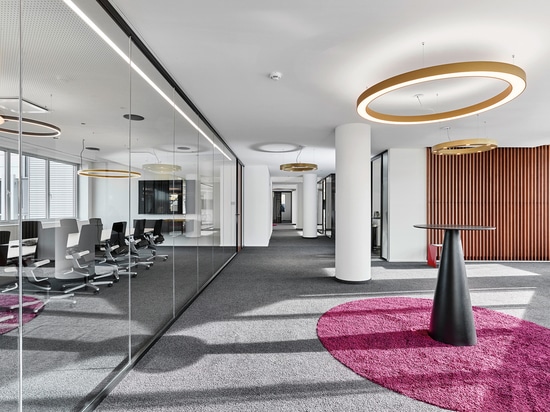 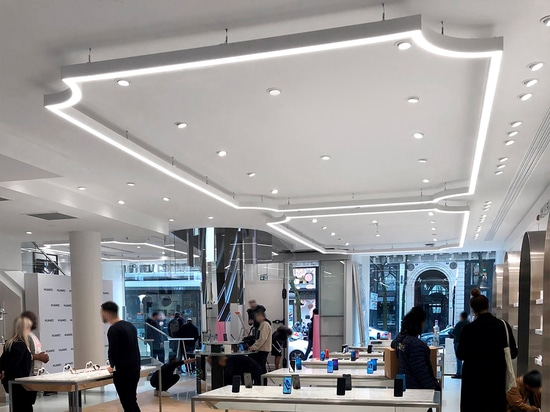 In the office building of a leading global financial services company in Columbus, USA, one feels like being in a busy airport terminal. No wonder, because around 10,000 people work here every day. There is also a cleaning service, a shipping centre for parcels and a branch of a well-known coffee company in the office building integrated. A special ambience is lent to th...

The Kansas residential building in Mexico City is characterised by a minimalist style, in which the architectural luminaire Ringo Star Ready Chain from Lightnet creates a harmonious ambience and ensures pleasant lighting in the lobby. 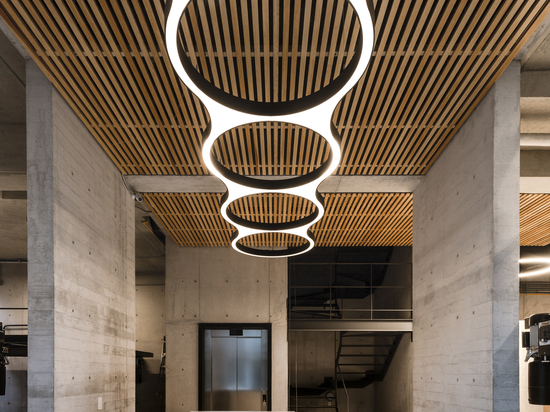