There is hardly anything more majestic than a large aircraft gliding towards the ground.

With a unique light installation, Frankfurt Airport is bringing this elegance to life. Over 325 metres and two storeys, the central element of the exhibition winds its way through the new visitor centre and precisely traces the flight paths and holding patterns of the large jets as they take off and land. A 14-metre-long and 8-metre-wide model of the airport incroporates the light line into the exhibitions model runway.

The new heart of the airport begins to beat

In the centre of Frankfurt Airport, in Hall C of Terminal 1, flying becomes a new experience. The world's only multimedia exhibition all about the fascination of aviation is now opening up on 1200 square metres in the new visitor centre. For Alexander Zell, head of customer service at the airport operator FRAPORT AG, the centre is "a new generation of customer service". The main goal is to show areas that "you don't normally get to see as a flight guest" and in this way make the airport, with its approximately 20 million passengers per year, an attractive destination for excursions.

A number of interactive highlights await the visitors. As a "Marshaller", they can wave an aircraft into parking position, experience for themselves the journey of a suitcase through the baggage conveyor system at Frankfurt Airport in a cinema with VR glasses and movable armchairs. On the 25-square-metre interactive hub wall "The Globe" consisting of 28 LCD displays, all flights worldwide can be followed in real time. Through 2.5-metre-high Smart Windows with touch function, visitors can look out onto the apron and receive additional information on the visible aircraft.

Even these impressive exhibits are outshone by the true-to-scale model of the entire Frankfurt Airport, which extends into the entire exhibition via the light installation as a signpost, orientation aid and explanatory object. According to Jochen Gringmuth from COORDINATION Berlin, the Architectural practice responbile for the design, the idea of the main exhibit was to show the size of the airport not only on the ground but also in the air: "To display the approach and departure of the planes and to back it up with a physical installation, using Liquid Line was the only solution for us." The enormity of the flight paths could only be captured by creating them on a scale of 1:1500; the airport is shown twice as large. Nevertheless, the light installation remains very close to reality. The steep angles of the take-off movements are very clearly recognisable, and the frequency of the running lights is based on the actual flight movements in 2019. 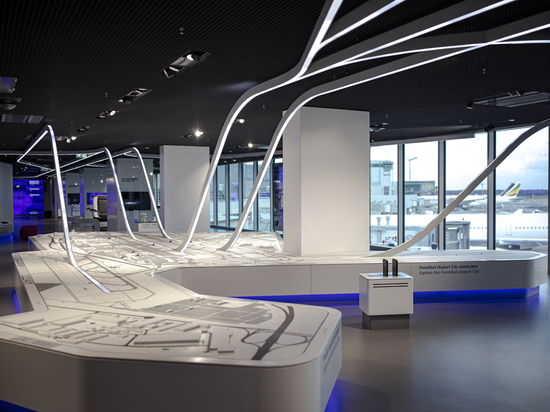 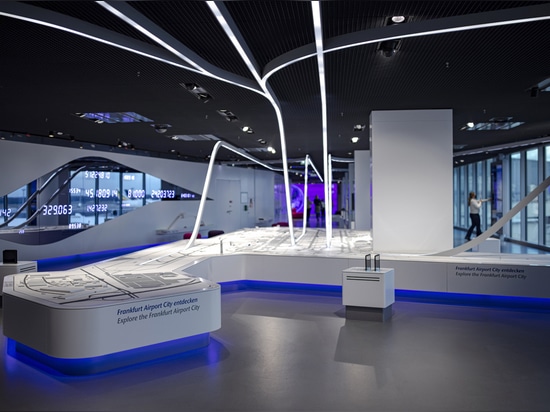 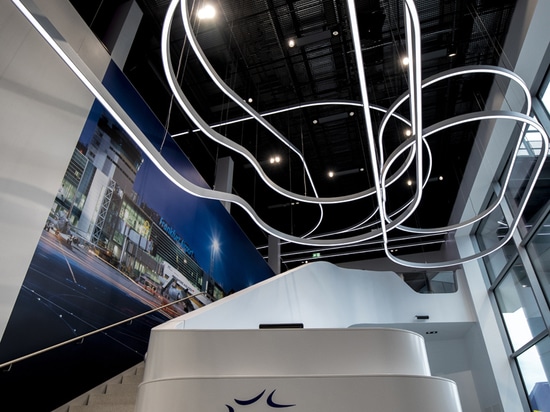 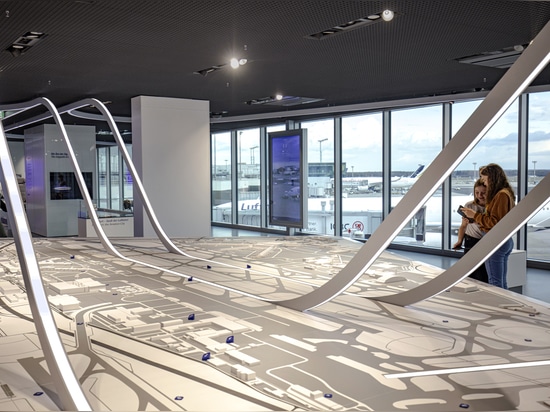 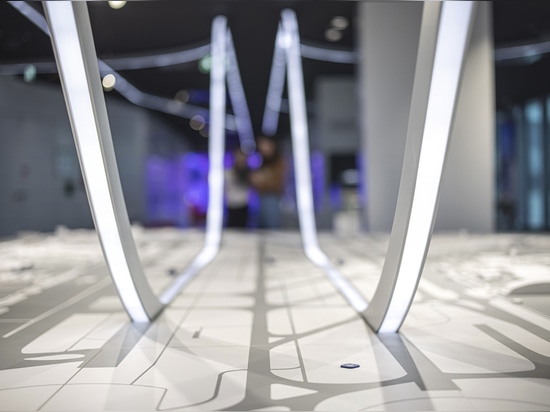 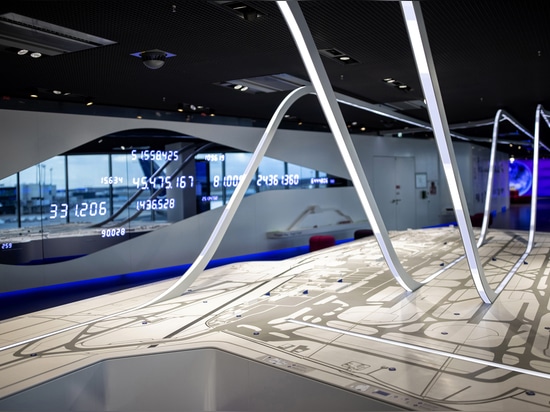 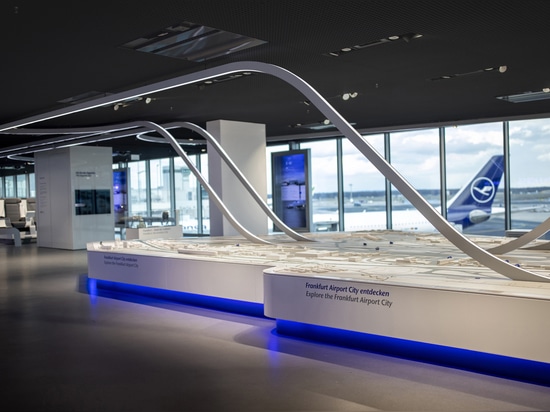 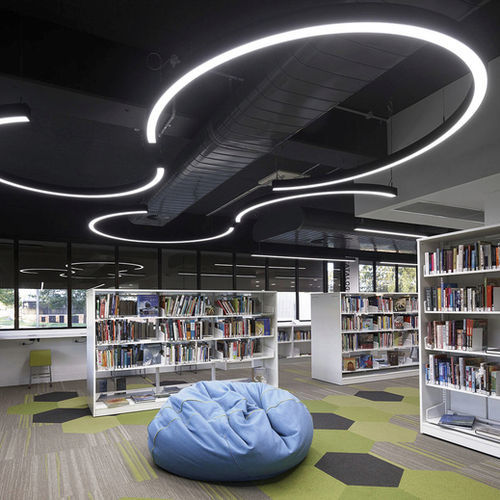 Lightnet presents itself in a new design

Guided by the light lines of our Liquid Line series, many visitors reached our stand at this year's special edition of Light+Building, which turned out to be a complete success despite previous scepticism. After a break of almost four years due to the pandemic, it was finally time for the presentation of our product world in the context of our new corporate design. More ... 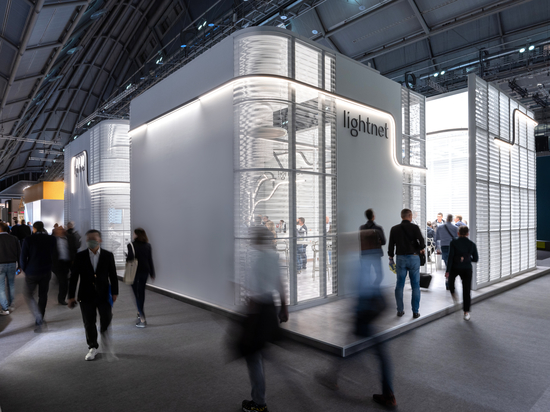 The new headquarters in the south of Gonesse (Greater Paris) was designed according to the "campus" concept, which provides for high-quality working environments that encourage collaboration and focus on the feel-good factor for the 300 employees. The offices and the 15,000 m2 showroom are distributed around the inner garden on a total area of 42,800 m2. Our Liquid Lin... 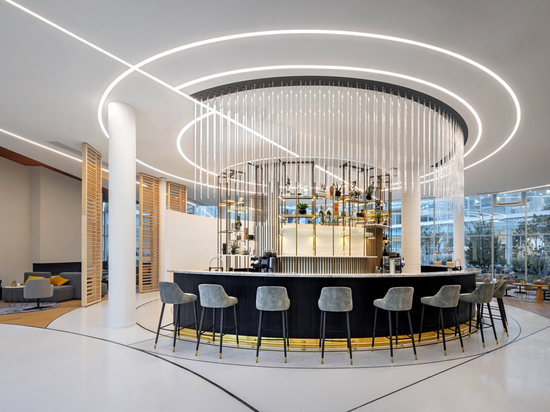 Zaha Hadid's buildings are architectural monuments. Like no other, she has boldly combined extraordinary geometry and a clear sense of space. Her designs are islands of aesthetics visible from afar that enter into a dichotomy with the surrounding nature. The best examples of this are the Bergisel ski jump in Innsbruck or the Havenhuis in Antwerp. Their way of thinking i... 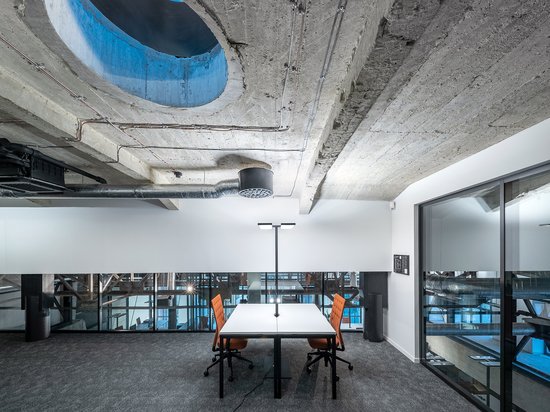 At the offices in Vilnius, Lithuania, a talented team of developers creates award-winning games that are played by more than 200 million people around the world. In the main hall and social area, customised decorative designs were realised with our Basic-P3 Déco LED pendant luminaires. The typing offices and the administration office are illuminated by our Midpoint-A6,... 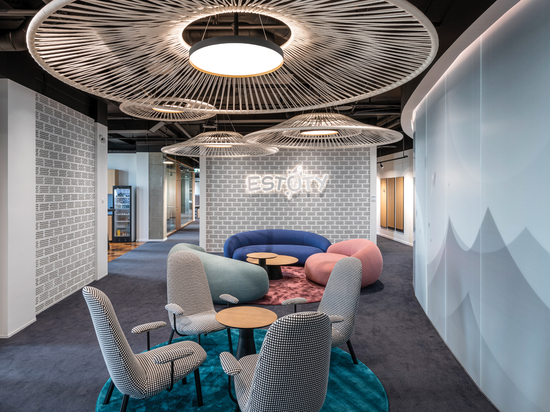