A special tribute to Arne Jacobsen

Louis Poulsen is reintroducing the original AJ Table Mini and the AJ Royal in 2020 to celebrate the 60th anniversary of the opening of the SAS Royal Hotel in Copenhagen (Radisson Collection). Furthermore, all versions of the AJ Lamp are being re-laun

Arne Jacobsen designed the AJ Lamp for the SAS Royal Hotel in 1957. Today, the series is regarded as the design that the Danish architect is best known for all over the world. In combination with the pendant AJ Royal, the AJ Lamp formed part of the overall design concept that Jacobsen created for the hotel.

The AJ Lamp was used in several parts of the hotel, in copper and stainless steel. The AJ Royal, which at the time was simply called the AJ Pendant, could be found in a copper version above the tables in the snack bar behind the atrium, in the lounge on the 1st floor and in the Panorama Lounge on the 21st floor. The hotel opened in 1960 and with 22 floors it gave Copenhagen its first real high-rise building, clearly inspired by New York skyscrapers.

The AJ Royal is available in white, in its two original sizes. A new, smaller version will be introduced in 2020 as well, just as the series will be reintroduced in black. The AJ Royal retains its classic, graphic look as sharply as ever – irrespective of whether it lights up a dining table, is used in an office, or a showroom, where it ensures even and flawless downward lighting and generates an ambience in any space with its muted upward light. In the new, energy-saving LED version all three sizes of pendants come with a diffusor that offers smoother, 100% glare-free lighting.

Also, the AJ Table Mini will be available in the original version in stainless steel, and in all existing colours, and looks particularly good at home on a windowsill, on a bedside table or in combination with other occasional furniture. 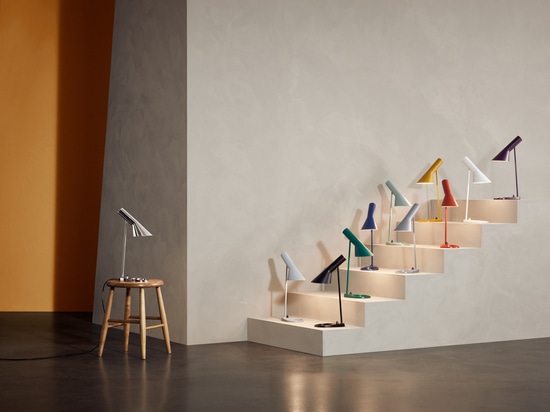 In 2020, the 60th anniversary of the opening of the SAS Royal Hotel will be celebrated with the reintroduction of the AJ Table Mini. 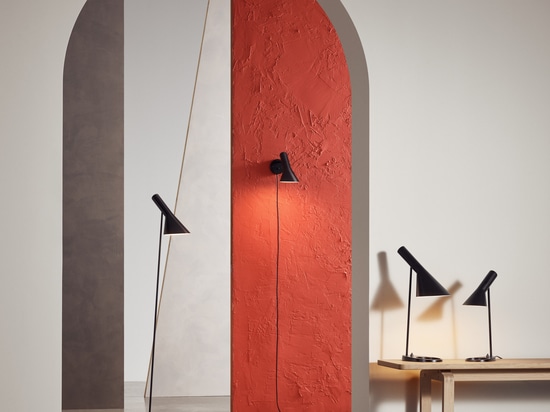 The AJ Family in Black

Arne Jacobsen designed the AJ Lamp for the SAS Royal Hotel in Copenhagen in 1957. 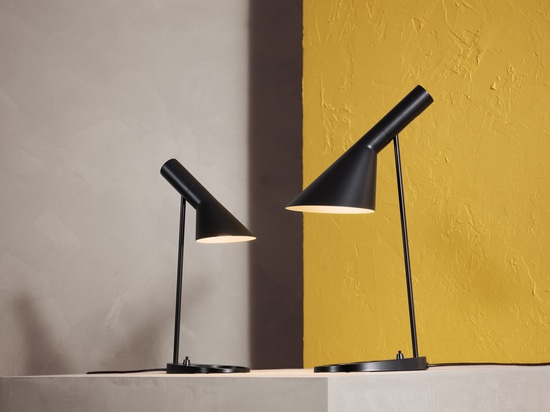 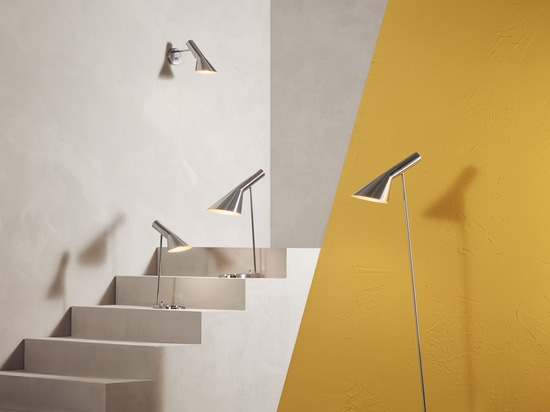 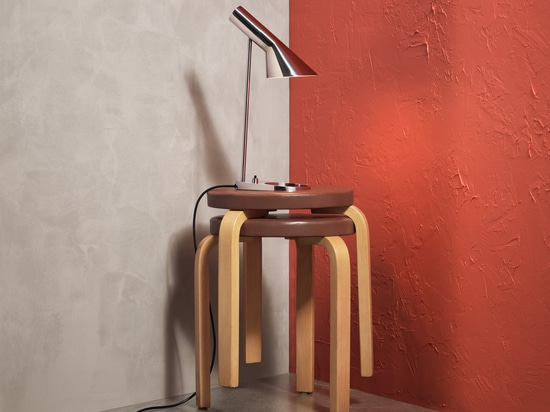 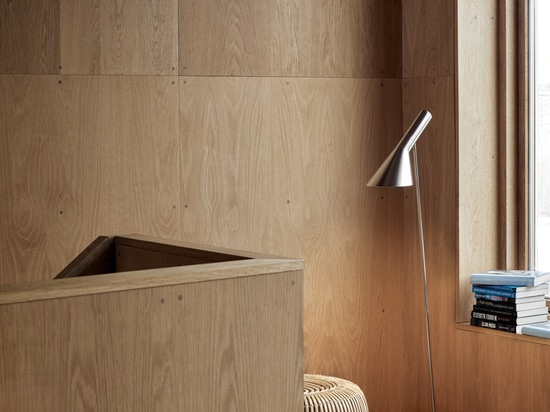 AJ Floor in stainless steel, which reflects its surroundings in the spirit of Arne Jacobsen and emphasises the minimalist and distinctive shape design, as well as impeccable illumination. 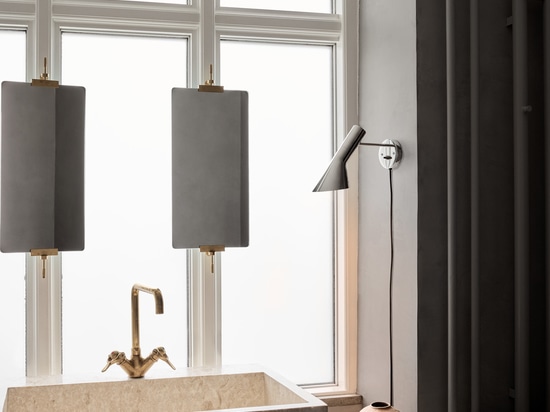 The fixture emits downward directed light. The angle of the shade and rotation can be adjusted to optimize light distribution. The shade is painted white on the inside to ensure a soft comfortable light. 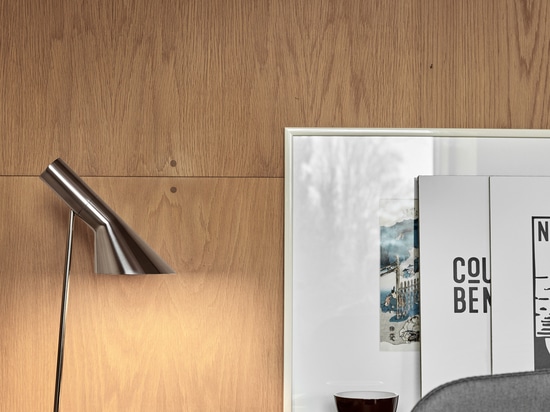 The AJ Table Mini is available in the original version in stainless steel, and in all existing colours, and looks particularly good at home on a windowsill, on a bedside table or in combination with other occasional furniture. 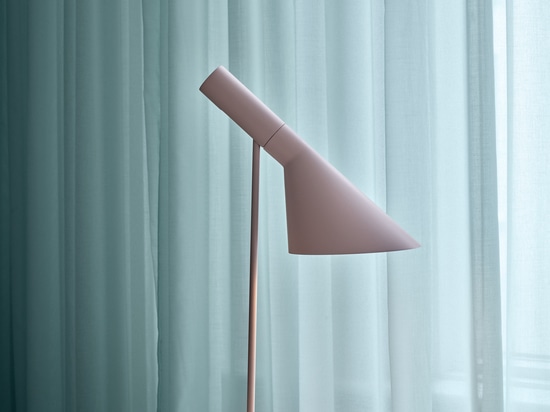 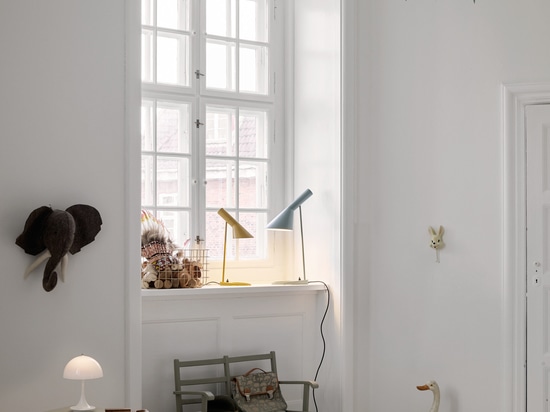 The AJ Mini Table and AJ Table will look particularly good at home on a window sill, on a bedside table or in combination with other occasional furniture. 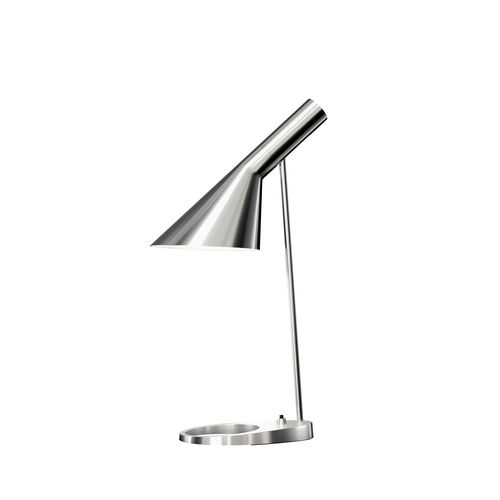 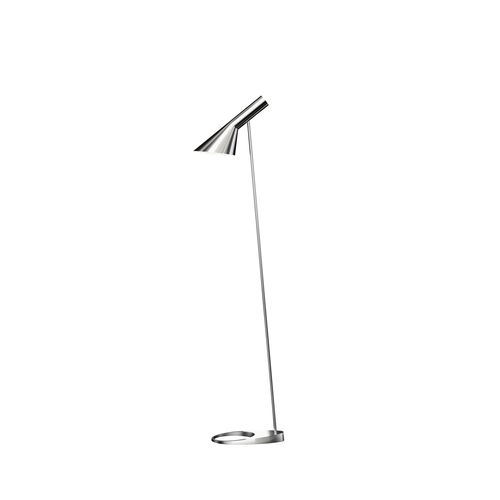 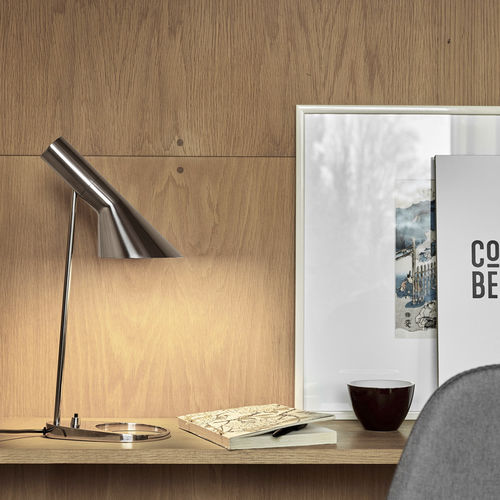 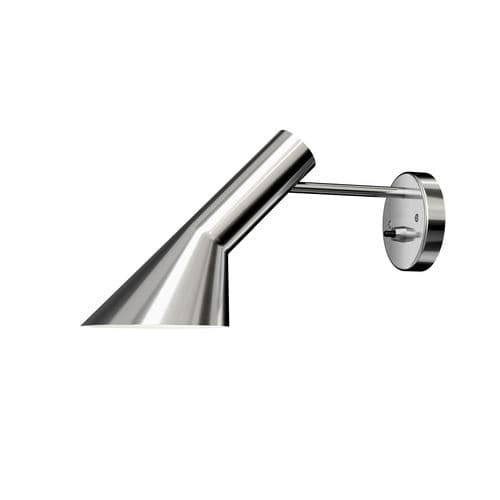 In 2020, Louis Poulsen and BIG Ideas present a comprehensive new lamp series, Keglen, especially characterised by its distinctive design as well as classic superior lighting quality. The key pieces in the Keglen series are four pendants (Ø175), (Ø250), (Ø400) and (Ø650) that each provide their very own diffusion of light using a curved glass insert, which is built int... 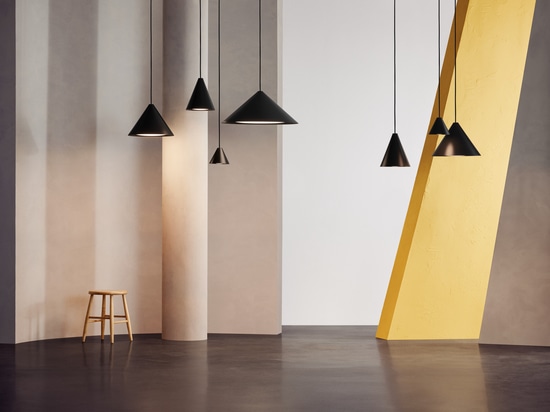 Keglen by BIG Ideas Keglen by BIG Ideas
The Panthella universe has been a joy with its colours and quality lighting since Louis Poulsen introduced it in collaboration with the famous Danish designer nearly 50 years ago.

Louis Poulsen now presents Panthella Portable; an exact downscaled acrylic version of the original lamp that is battery-powered and therefore easy to take along, creating ambience with a Nordic twist everywhere you go. The miniature Panthella provides any space with a harmonic and glare-free light, enabling you to enjoy Panton’s design out in the open too. Just l... 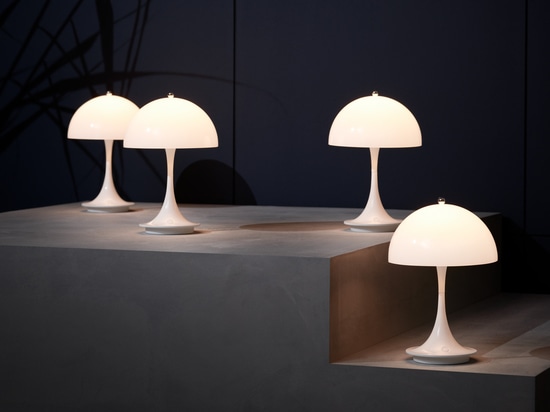