The heat that follows you everywhere becomes a piece of design.

Tubes has thought of a different kind of heat introducing at the 2018 edition of the Salone Internazionale del Bagno the new Plug&Play collection, designed to fill a gap in the market. An old way to live the warmth, as if it were an enveloping embrace, which characterizes men's lives since ancients times, and which Tubes translates into a collection with an electrical power source, which stands out for its design and ability to fit into every setting.

Tubes interprets different lifestyles and the most modern concept of well-being. Not only is living space changing in a world that is more and more interconnected, but also people's lifestyles and needs. Going beyond the basic concept of generating heat and taking environmental sustainability for granted, the products in Tubes' Plug&Play line defy the static nature of architecture and open up to the human dimension which, by definition, is constantly moving and evolving, thus marking the starting point of a new concept of ¢personal warmth’. A personal warmth that is also featured in the beauty of the shapes and of the design, like in every product by Tubes. A new era is inaugurated: that of a thermal comfort which not only gets closer to the body, and not the contrary, but which, thanks to its design component, also contributes to physical and emotional wellness, given by the pleasure of surrounding yourself with an aesthetically pleasing heat.

Eve and Astro are the two new products showcased by Tubes at the Salone Internazionale del Bagno 2018. Besides their primary function of releasing hot air, they also perform a second one. Eve, designed by Ludovica+Roberto Palomba, draws its inspiration from the world of drones - playful and practical sci-fi objects everyone has dreamt of having. Even when it is not switched on, it can emit a dimmable light, making the product take centre stage in any space. Astro, the product designed by Luca Nichetto, is like a small spaceship that can land in different spaces of the house or the office and, besides its primary heating function, it also purifies the air and can work independently.

For a complete offer of ¢personal warmth¢, the Tubes Plug&Play collection includes also Origami, a heating object which allows to separate spaces and give intimate privacy at any time and in any place, both private and public; Scaletta, which easily adapts to different spaces, becoming a source of heat or a piece of furniture, depending on the latitude and time of the year; Square Bench, a radiator which, thanks to its shape that resembles a bench, can become a supporting surface, suitable both for apartments and spas; Milano Free-standing, a sculptural object which brings heat, adding character and uniqueness to any space.

As they do not require any installation, the products of the Plug&Play collection by Tubes are designer items created to follow you and to bring warmth. Objects in which, once again, the function is not immediately evident, concealed by unusual shapes, which are closer to those of an item of interior décor than to a functional object, capable of enhancing the appeal of an atmosphere and of adding character to a setting. A ¢personal warmth¢ to surround yourself with, to keep close, to warm the body and mind, for a thermal wellness with no space or time constraints, to show to guests with the same pride of a new piece of furniture. A mobile, portable, elegant heat. 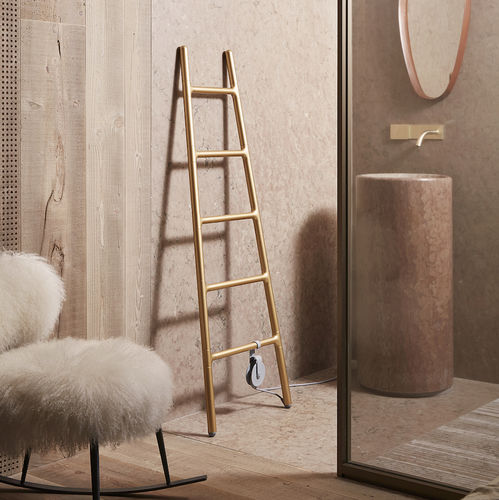 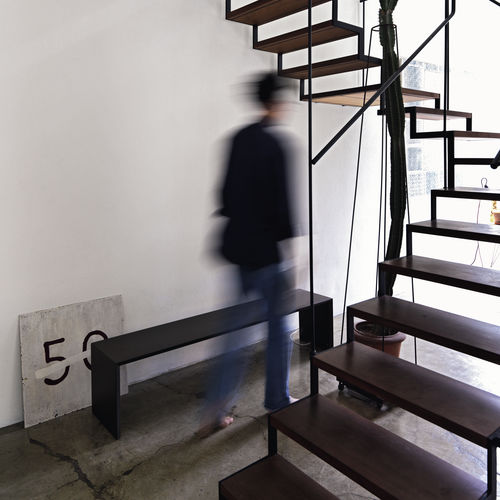 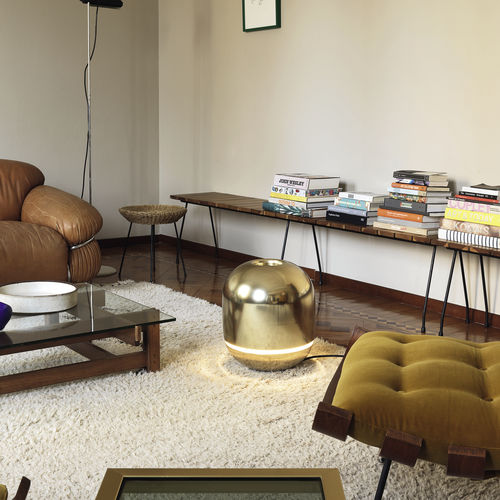 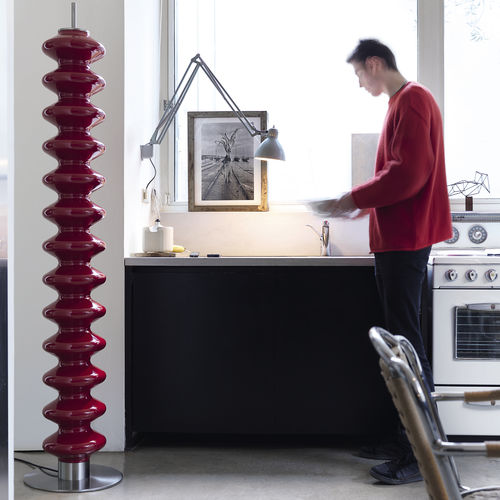 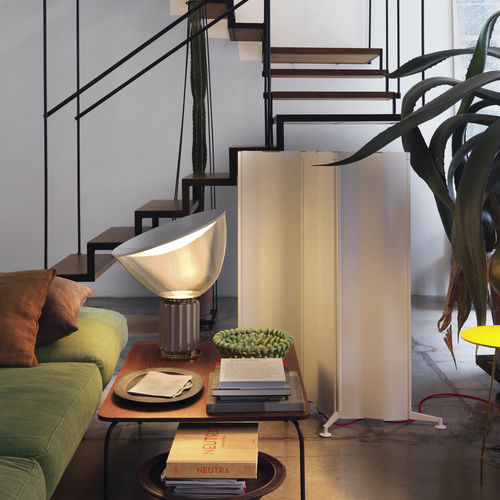 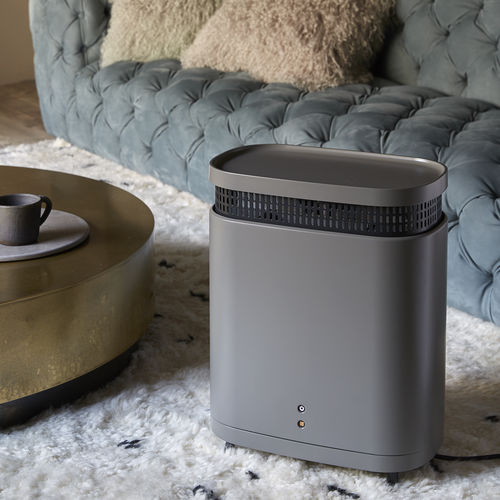 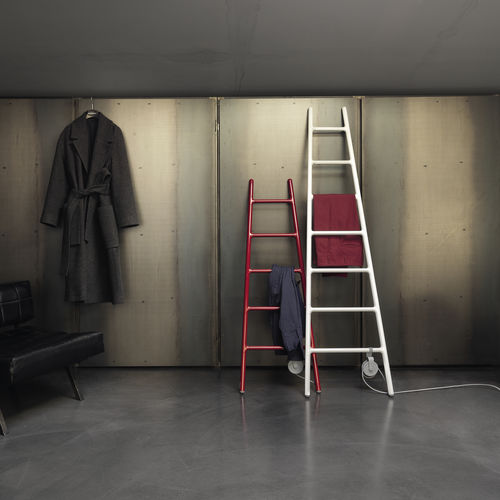 This prestigious award was given to Origami, the designer radiator created by Alberto Meda for Tubes

Origami, designed by Alberto Meda for Tubes, is a high-efficiency electric Plug&Play radiator that, in addition to its primary function of heating up space, allows to separate different spaces and maintain privacy. It is a poetic, sinuous, flexible and articulated design element that allows you to bring different configurations to life thanks to its curve-like structure... 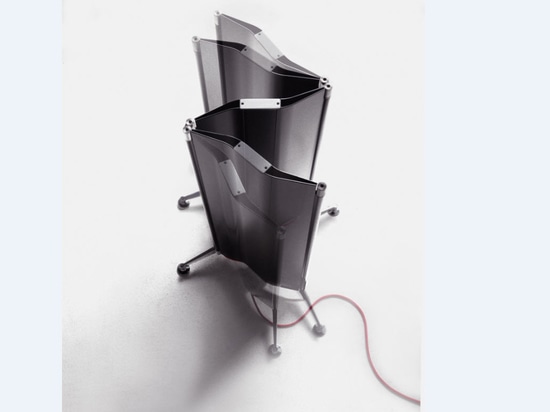 As sophisticated and seductive as a contemporary Marlene Dietrich, Scaletta Plug&Play by Tubes, in the new limited-edition gold finish, has that “timeless” glamorous allure that does not go unnoticed. Designed by Elisa Giovannoni for Tubes and presented for the first time in 2014, Scaletta has never stopped growing in popularity amid lovers of design heating thanks to... 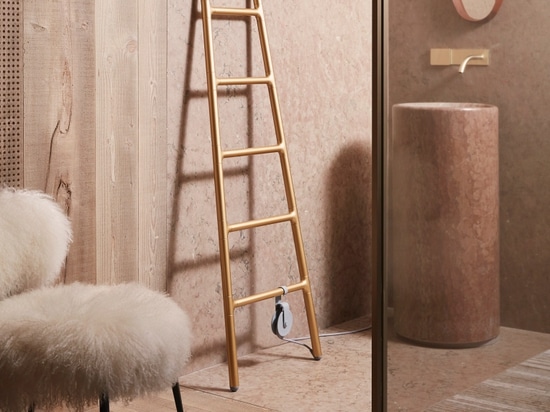 The Step-by-Step radiator has all the features to fully become part of the Elements collection by Tubes: it is a significant architectural presence which, depending on the circumstances, can either be discreet or become protagonist of the space, and it is equipped with state-of-the-art technology, with the aim of achieving the utmost efficiency with minimal energy consum...

Step-by-Step Step-by-Step
A unique personality for the maximum versatility of use.

“Sensuality and plasticity: these two distinctive traits are the basis of the planning idea of the Milano Free-standing radiator. Its sinuous and sculptural body synthesizes the desire for formal experimentation in the field of the furnishing radiating element. These are characteristics which make this an integrating and characterizing part of interior design in its most... 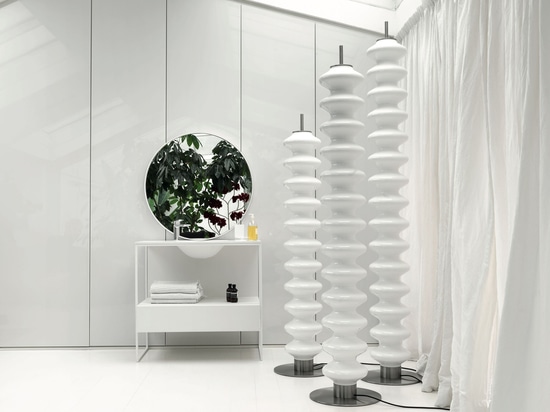 Milano Free-standing Milano Free-standing
*Prices are pre-tax. They exclude delivery charges and customs duties and do not include additional charges for installation or activation options. Prices are indicative only and may vary by country, with changes to the cost of raw materials and exchange rates.
Compare
Remove all
Compare up to 10 products